Southampton began forcing local taxi drivers to record conversations between themselves and passengers in 2009, claiming it would provide greater safety for both parties. In other parts of the... 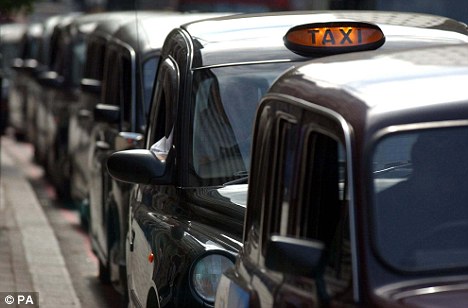 In an alarming extension of the Big Brother state, CCTV and microphones had been installed in all cabs under the control of Southampton City Council – but yesterday the Information Commissioner ordered it to end the policy, claiming that its official snooping had ‘gone too far’.

Big Brother state: Southampton City Council installed CCTV and microphones in all cabs under its control.

Southampton began forcing local taxi drivers to record conversations between themselves and passengers in 2009, claiming it would provide greater safety for both parties.

In other parts of the country, including London, it is recommended that cabs either install CCTV systems without audio recording functions due to privacy concerns, or use a system which triggers audio recording only in specific circumstances for a short period, such as if the driver has pressed a panic button.

Southampton’s officials claim they view the footage or download recordings from cabs only if a complaint is made against a driver or when police request it while investigating a crime, and other town halls had been intending to copy the scheme.

However, Information Commissioner Christopher Graham, responding to a  complaint by a passenger, said most people expect privacy in the back of a cab, and that while CCTV can still be used, recording conversations must stop.

He added: ‘By requiring taxi operators to record all conversations and images while the vehicles are in use, Southampton City Council has gone too far.

‘We recognise the council’s desire to ensure the safety of passengers and drivers but this has to be balanced against the degree of privacy that most people would reasonably expect in the back of a taxi.’  Southampton officials said they may challenge the decision. If successful, it would raise the prospect of passengers being snooped upon across the country.

The watchdog also revealed a similar scheme in Oxford would have breached the Data Protection Act, and that the local authority has now suspended the policy.

Nick Pickles, director of the civil liberties campaign group Big Brother Watch, said: ‘Recording every minute of every passenger’s conversations in taxis is an unjustified and intrusive measure. ‘What is deeply concerning is that two councils have made huge errors of judgment in pursuing audio recording in taxis and that is an issue the commissioner needs to urgently address.

‘Across a whole range of issues councils time and time again fail to respect people’s privacy and this attitude must be tackled.’

Mr Graham said that images should be recorded only where it is ‘clearly justifiable’ while audio recordings should be made only ‘on very rare occasions, for example where there are a high number of serious incidents and where recording is triggered due to a specific threat’.

Jacqui Rayment, Southampton City Council’s deputy leader, said: ‘We are disappointed with this decision, as it is about safety for both the drivers and passengers. ‘Data is encrypted, kept very securely and only downloaded if there is a specific complaint against a driver or if the police request access in order to investigate an alleged offence. We are currently taking legal advice on the next steps to take, including appeal.’ – Source – DailyMail