Only four bridges lead in and out of the area with security checkpoints and a fiberoptic video surveillance program. Every license plate scanned on those roads will be cross-checked... 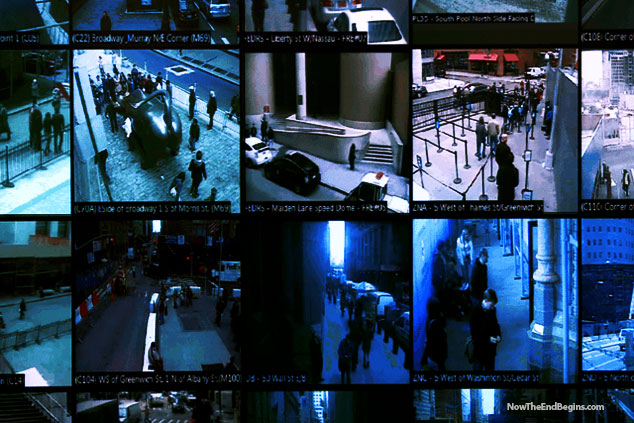 Safer? Maybe. But at what cost?
by Geoffrey Grider March 11, 2014
NOW THE END BEGINS SHARE:

While you were sleeping, the future arrived and it’s not pretty. Remember when you were younger, and you swore that when “1984” happened you would be ready, that you would fight back? Well, it finally arrived and you did nothing. You are doing nothing. You are being watched. Wait for the the knock on the door, there will be a train waiting for you to board.

LATHROP (CBS13) — A new, scenic development surrounded by winding waterways is billed as a safe haven. Only four bridges lead in and out of the area with security checkpoints and a fiber-optic video surveillance program. Every license plate scanned on those roads will be cross-checked with a DMV database for stolen cars.

Safer? Maybe. But at what cost?

The first homes are already going up at River Islands, and the people who move in can expect to be part of a new era in policing.

Cops could also surprise suspicious individuals through remote one-way speakers—the same shown in a video of a Southern California city where cameras are set up at a park with high crime. In that video, teens scrambled after the video operator warns them the park is closed.

Jarrod Miles moved his family to Lathrop from San Jose. “My wife and I were looking for a place that was safe for our daughter, and so that’s why we chose out here,” he said. Lathrop’s city manager says he’s considering buying a high-tech city-wide surveillance system as a way to solve crime faster and also deter it.

Aware there could be privacy concerns, Miles says he’s unsure how comfortable non-stop surveillance makes him.

“I can see myself going either way on it,” he said. “I think it’s a good thing to debate.” Karen Nguyen moved to Lathrop from Oakland to live in a safer place.

“It’s good to have surveillance, but also if it’s too much, it’s invading our privacy also,” she said. A small city with plans for a big leap into high-tech policing.

The River Islands’ spokesperson says they will be hosting community workshops focusing on privacy concerns in the development. The city manager says he’s coordinating with the San Joaquin County Sheriff’s Department on the high-tech plans. source – CBS Sacramento