The Port Authority of New York and New Jersey is secretly planning to deploy military-grade technology to keep the new World Trade Center safe from terrorism once it is... 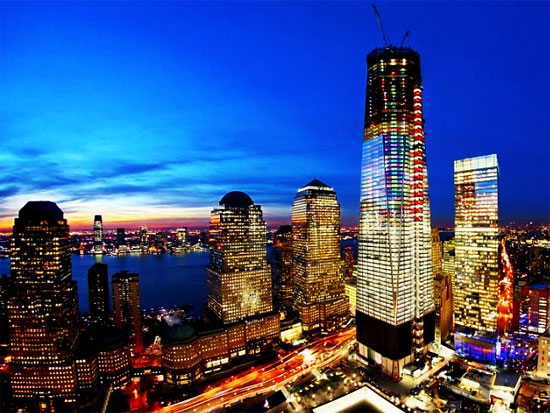 Mark of the Beast

Here at NTEB, we do our very best to keep you informed of the coming One World System, which when complete, will be led by the one the bible calls the Antichrist. We have also showed you that the Mark of the Beast will be an actual mark of course, but more than that it will be a global world system. We call it the 666 Surveillance System. So what we find oh-so-very-interesting about the new World Trade Center is the amazing, extremely high-tech ways they will be monitoring the movements of everyone passing through it. And once this technology is proven there, we boldly predict that it will then be implemented throughout the entire civilized world.

We are living in the time of the end that the bible has for so long told us would come, so pay close attention to what you are about to read. And if you’re wondering what the answer for all this is, click here to find out.

From The New York Post: The Port Authority of New York and New Jersey is secretly planning to deploy military-grade technology to keep the new World Trade Center safe from terrorism once it is completed, the New York Post learned.

The high-tech system of thousands of “intelligent” cameras and computer processors can recognize people’s faces and retinas and then compare that information with databases such as terrorist watch lists, sources said.

The plans show that the Port Authority is taking every precaution at the twice-attacked site of 9/11.

Security measures at the 16-acre (6.5-hectare) site — scheduled for a 2013 completion — include the sensitive cameras alongside infrared and heat sensors that can be outfitted with explosive and radiation detectors. And agency brass also are authorizing “artificial intelligence” computers that constantly track the behavior of people on the ground — figuring out how to spot “unusual movements” that can be flagged for security personnel.

For example, cops could be dispatched if the computers detected someone deviating from the normal walkways or walking against the flow of pedestrians; jumping around or making erratic movements; or dropping a bag where people do not usually leave their luggage.

“What we’re doing down there has never been done before,” one agency official said.

The agency’s system will be connected to the NYPD’s Lower Manhattan Security Initiative, which has cameras and scanners spread around downtown. The Defense Department contractor Behavioral Recognition Systems, based in Houston, will set up most of the system, which is expected to cost tens of millions of dollars. source – Fox News