The revelation that U.S. officials are facilitating spying on the people they do business with to this extent has created the impetus for U.N. action, a first-of-its kind... 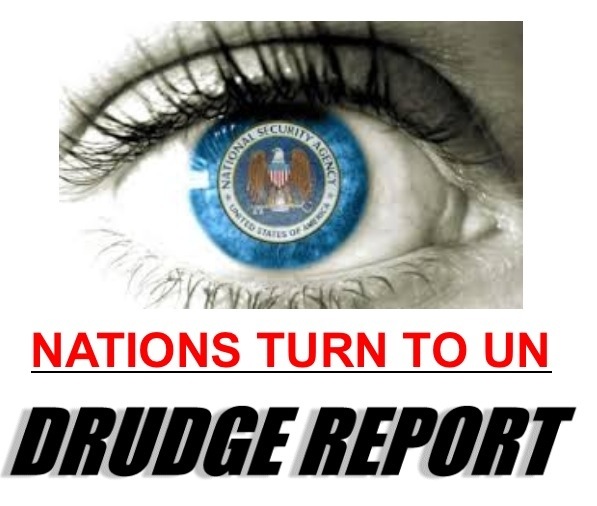 Brazil and Germany today joined forces to press for the adoption of a U.N. General Resolution that promotes the right of privacy on the internet, marking the first major international effort to restrain the National Security Agency’s intrusions into the online communications of foreigners, according to diplomatic sources familiar with the push.

The revelation that U.S. officials are facilitating spying on the people they do business with to this extent has created the impetus for U.N. action, a first-of-its kind development.

The effort follows a German claim that the American spy agency may have tapped the private telephone of German Chancellor Angela Merkel and dozens of other world leaders. It also comes about one month after Brazilian leader Dilma Rousseff denounced NSA espionage against her country as “a breach of international law” in a General Assembly speech and proposed that the U.N. establish legal guidelines to prevent “cyberspace from being used as a weapon of war.”

Brazilian and German diplomats met in New York today with a small group of Latin American and European governments to consider a draft resolution that calls for expanding privacy rights contained in the International Covenant Civil and Political Rights to the online world. The draft does not refer to a flurry of American spying revelations that have caused a political uproar around the world, particularly in Brazil and German. But it was clear that the revelation provided the political momentum to trigger today’s move to the United Nations. The blowback from the NSA leaks continues to agonize U.S. diplomats and military officials concerned about America’s image abroad.

“This is an example of the very worst aspects of the Snowden disclosures,” a former defense official with deep experience in NATO, told The Cable, referring to former NSA contractor Edward Snowden. “It will be very difficult for the US to dig out of this, although we will over time. The short term costs in credibility and trust are enormous.”

Although the U.N.’s ability to fundamentally constrain the NSA is nil, the mounting international uproar over U.S. surveillance has security experts fearful for the ramifications.

“The worst case scenario I think would be having our European allies saying they will no longer share signals intelligence because of a concern that our SigInt is being derived from mechanisms that violate their privacy rules,” said Ray Kimball, an army strategist with policy experience on European issues. He stressed that he was not speaking for the military.

Although the Germans have not indicated such a move is in the works, they do have a game plan for making their surveillance complaints heard. The International Covenant on Political and Civil Rights was written in 1966 and came into force in 1976, decades before the internet transformed the way people communicate around the world. A provision in the international covenant, Article 17, says “no one shall be subjected to arbitrary or unlawful interference with his privacy, family, home or correspondence, nor to unlawful attacks on his honor and reputation.” It also states that “everyone has the right to the protection of the law against such interference or attacks.”

“The covenant was formulated at a time when the internet didn’t exist,” said a diplomat familiar with the negotiations. “Everyone has the right to privacy and the goal is to this resolution is to apply those protections to online communications.”

Brazil and Germany are hoping to put the resolution to a vote in the U.N. General Assembly human rights committee later this year. The draft resolution, which has not been made public and which is still subject to negotiation among U.N. states, will seek to apply the those protections to online communications. “This is not just about spying,” said the diplomat. This is about ensuring that “privacy of citizens in their home states under their own home legislation.”

“It calls on countries to put an end to violations of that right,” the official said. “People have to be protected offline and online.”

Anyone who thinks this issue will only resonate in Brazil, Mexico, France, Italy, and Germany — where the Snowden leaks recently revealed NSA datamining — isn’t paying attention.

According to the latest internal NSA memo leaked to The Guardian, the list of targeted nations is even longer, which could give this U.N. effort additional momentum. The NSA monitored the communications of 35 unnamed “world leaders,” whose phone numbers were given to the intelligence agency by a U.S. government official, according to the report. The agency has been collecting phone numbers, email addresses, and residential addresses of foreign officials from the people in the U.S. government who are in touch with them. The U.S. official, who is not named, personally handed over 200 phone numbers about the people he or she was in touch with.

It’s hardly a secret, or a surprise, that the NSA spies on foreign governments, including those friendly to the United States. Two former intelligence officials told The Cable that contact information like this is a regular source of intelligence for the NSA. And the memo acknowledges that the agency looks for officials’ contact information in open sources, such as the Internet.

But the revelation that U.S. officials are facilitating spying on the people they do business with to this extent has created the impetus for U.N. action, a first-of-its kind development.

“There’s a mixture of hypocrisy and feigned outrage along with real objections here,” said a former senior intelligence official. “I don’t know where the line is. The idea that political leaders are out of bounds for foreign intelligence is amusing. But on the other hand this business about trusting allies is a big thing. My guess is there’s a real annoyance here” on the part of foreign allies.

Merkel was so outraged by the news that her phone had been monitored that she called President Obama to discuss it. The White House issued a carefully worded statement, assuring that the German leader’s phone would not be tapped now or in the future, but not saying whether it had been.

It’s not clear whether the NSA is still collecting information from the address books of U.S. officials. The memo was written in 2006. But at least at the time, such collection was a regular occurrence.

“From time to time, SID [the agency’s signals intelligence directorate] is offered access to the personal contact databases of U.S. officials,” the memo states. It doesn’t specify who those officials are, or where in the government they work. But, the memo goes on to say, the information provided by the one U.S. official was sufficiently helpful that the agency decided to go around asking for more such contacts from the NSA’s “supported customers,” which include the Departments of Defense and State, as well as the White House. (None of them are listed by name in the memo.)

“These numbers have provided lead information to other numbers,” the memo states. In the case of the one U.S. officials, the 200 numbers included 43 that previously weren’t on the NSA’s radar.

“This success leads S2 [part of the signals intelligence directorate] to wonder if there are NSA liaisons whose supported customers may be willing to share” their contacts, as well. “S2 welcomes such information!”

Apparently, though, success was measured not so much in secrets learned but just in having the data itself. The memo acknowledges that analysts “have noted little reported intelligence from these particular numbers, which appear not to be used for sensitive discussions.”

From this we might conclude that NSA’s targets are not fools. Why would anyone in the senior ranks of a government or military have sensitive conversations or discuss classified information over the phone number or email on his business card? But, the NSA seems to have concluded, what could it hurt to find out?

Time will tell. In a statement, a spokesperson for Merkel said she told Obama that tapping her phone would represent a “grave breach of trust” between the two allies. “She made clear that she views such practices, if proven true, as completely unacceptable and condemns them unequivocally.”

With the latest news from the U.N., it appears the U.S. might be in store for more than just a slap on the wrist. source – Foreign Policy