THAT STINKS! Gaza Launches New M-75 Perfume Based On Terrorism

A new perfume created in Gaza will bear the name of a missile designed by Hamas and fired in the direction of Jerusalem and Tel Aviv during Operation Pillar... 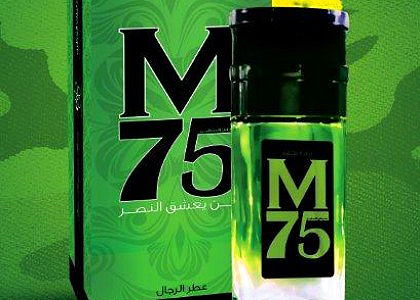 A new perfume created in Gaza will bear the name of a missile designed by Hamas and fired in the direction of Jerusalem and Tel Aviv during Operation Pillar of Defense in November, a local newspaper reported on Thursday. 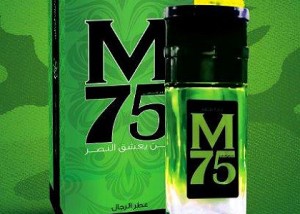 The new smell of Gaza: The M-75 Hamas Perfume

Shadi Adwan, the owner of a local cosmetics company, decided to name a new scent M-75, to “honor the victory of the Palestinian people and the resistance during the eight-day war,” he told Islamist daily Al-Resalah.

The M-75 missile is manufactured in Gaza by Hamas’s Izz A-Din Al-Qassam Brigades, and Hamas claims it possesses a range of 75 kilometers (46 miles).

“The fragrance is pleasant and attractive, like the missiles of the Palestinian resistance, and especially the M-75,” Adwan said, adding that his company wished “to remind citizens of the victory wherever they may be, even in China.”

According to the report, the perfume comes in masculine and feminine scents and costs double the price of other perfumes due to special ingredients it contains, “worthy of the victory in the Gaza Strip.” source – Times of Israel