Alexis Tsipras, the 40-year-old prime minister faces strong discontent within his Syriza party over the deal. But he said he intends to serve a full four-year term, ruling out... 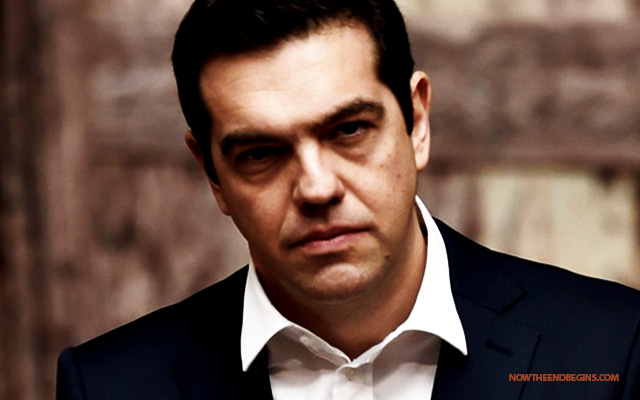 Greek Prime Minister Alexis Tsipras has revealed he does not believe in the tough bailout deal offered by Eurozone leaders but agreed to implement it to save the near-insolvent country.

EDITOR’S NOTE: Alexis Tsipras is in big, fat trouble. He was elected on a platform of fervent anti-austerity, and like any other lying politician he went ahead and did the opposite by signing off on the biggest austerity deal that Greece could ever imagine. Syriza Party flags were burned in the streets as Tsipras says he won’t resign. For the mystery man of Greece, the mystery just got deeper.

Greek Prime Minister Alexis Tsipras has repeatedly pushed the eurozone to the brink of a complete rupture in a bid to secure the best possible deal for his country. Having been elected on an anti-austerity platform, Mr Tsipras went as far as holding a referendum to reject one supposedly ‘final’ offer from the currency group and other creditors relating to the final tranche of a previous bailout. But his tactics may have backfired, as with the Greek financial system perhaps just hours from collapse, the premier has been forced to accept a package that many regard as even harsher in return for a fresh loan.

In an interview on Greek public television, Tsipras also insisted he would not resign despite growing dissent among the country’s people over the €86billion bailout’s draconian austerity measures.

On the eve of a key parliament vote on the reforms, Tsipras added that he had fought a battle not to cut wages and pensions, adding that the fiscal adjustment agreed in the deal was milder than adjustments agreed to in the past. 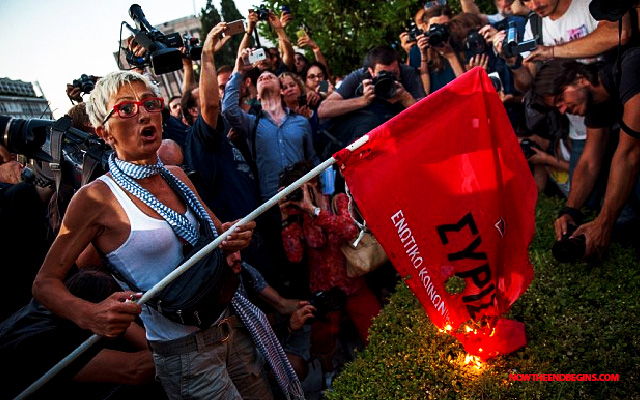 He also said that even though some countries had resisted giving Greece ‘fresh money’ – Finland and the Netherlands in particular – they relented in the end. ‘To be frank, here, they are not only forced to give fresh money, but to give €82billion, and are accepting the restructure of debt.’

The 40-year-old prime minister faces strong discontent within his Syriza party over the deal. But he said he intends to serve a full four-year term, ruling out early elections. source