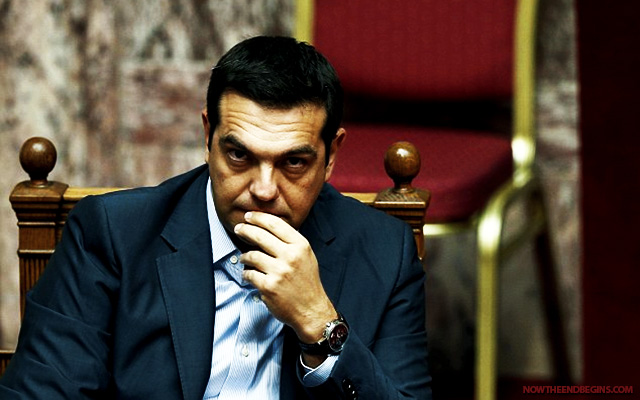 Alexis Tsipras, who only became Prime Minister in January, is expected to make a televised state address to the nation this evening. It comes after the hard-line Syriza chief lost his majority in Parliament after a rebellion by hardliners in his own party who oppose the bailout agreement struck with international lenders last month.

Mr. Tsipras met senior party officials and ministers to discuss the his next move and had been expected to call a confidence motion to shore up his position. But the hard-left Greek leader has called snap elections for September 20 instead, in a move designed to give him the authority to implement the bailout programme’s tough measures.

Is this the end of Alexis Tsipras…or only the beginning? Click for more.

Earlier today, Greece made a crucial €3.2billion debt repayment using newly released bailout funds as a senior minister argued for rapid elections following a rebellion in the ruling party. The repayment to the European Central Bank marked another step for Greece away from near financial collapse, but Prime Minister Alexis Tsipras must now tackle a political crisis after rebels robbed his government of its parliamentary majority.

Athens repaid the debt using money from the first instalment of its new bailout after the programme cleared its final hurdle on Wednesday night, with the ESM European bailout fund approving the €86 billion ($96 billion) deal.

‘The payment was made, the funds are on their way,’ said an official. Greece came close to the economic abyss and exit from the eurozone in late June as Tsipras tried to extract concessions which the bloc’s finance ministers refused to grant.

Tsipras backed down last month, accepting terms that are so onerous that the hard left wing of his Syriza party refused to back the bailout in parliament last Friday and is threatening to break away. Energy Minister Panos Skourletis, a close Tsipras adviser, said the split had to be dealt with. ‘The political landscape must clear up. We need to know whether the government has or does not have a majority,’ he told state TV channel ERT.

Tsipras got the bailout through parliament only with the support of opposition parties, who said they did so merely to save the nation from financial ruin. The prime minister has talked about calling a Syriza congress to resolve differences.

But, expressing his personal opinion, Skourletis said Tsipras should move faster. ‘I would say elections first, then the party congress,’ he said.  Tsipras is mulling whether to call a vote of confidence in his government after a big rebellion among his radical left Syriza party over the bailout. 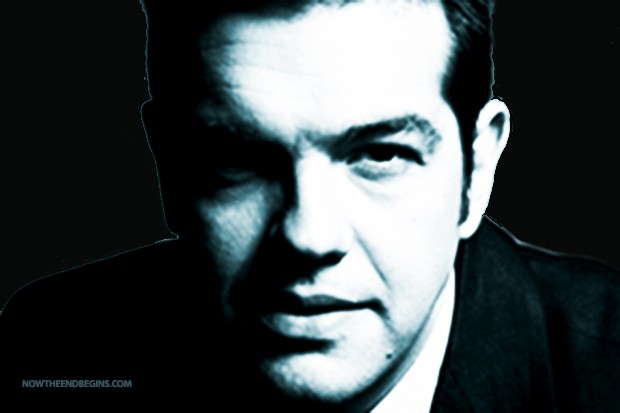 Alexis Tsipras as the Antichrist? Pope Francis as the False Prophet? It certainly is pretty interesting, wouldn’t you say?

The government had to close the banks at the end of June for three weeks as panicked savers pulled out billions and imposed capital controls strictly limiting withdrawals from the banking system.

While these have since been eased, they remain in force, hurting businesses and raising the risk that unemployment will rise from its current 25 per cent. Tsipras, who came to power only in January, has remained silent over the election issue.  source