Amid rapturous applause from dancing, cheering Syriza supporters, Alexis Tsipras said 'I thank you from the bottom of my heart for this great victory, a clear victory, a victory... 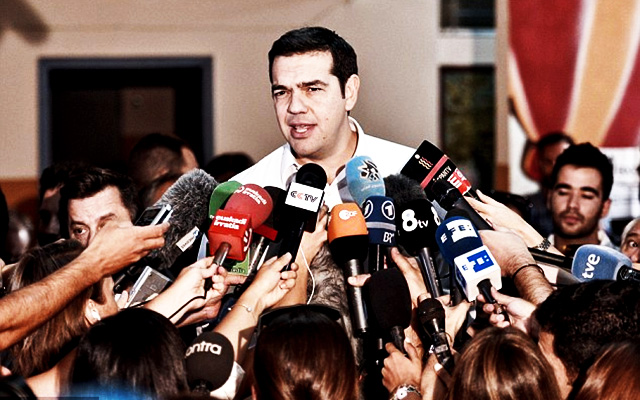 'I thank you from the bottom of my heart for this great victory, a clear victory, a victory of the people,' Tsipras said.
by Geoffrey Grider September 20, 2015
NOW THE END BEGINS SHARE:

Six seats shy of an absolute majority, Tsipras said he would form a government with his previous coalition partner, the right-wing Independent Greeks of Panos Kammenos, who joined him on stage in Klathmonos Square in central Athens to rapturous applause from dancing, cheering Syriza supporters.

‘I thank you from the bottom of my heart for this great victory, a clear victory, a victory of the people,’ Tsipras said.

‘I feel vindicated because the Greek people gave us a clear mandate to continue our struggle, inside and outside the country to lift our country’s pride.’

This is where it all began for the Mystery Man of Greece:

NTEB was one of the very first news outlets to pull the mask off of Alexis Tsipras and the revolution in Greece. Who is this man? Only time will tell, but he has amazing staying power. Almost supernatural, if you ask me. 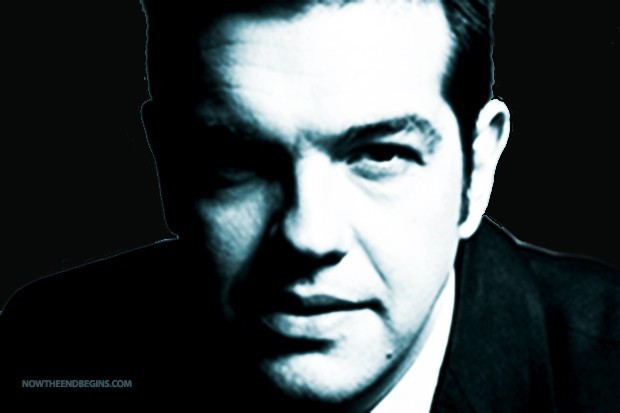 ‘The election result appears to be forming comprehensively with Syriza and Mr Tsipras coming first,’ said Meimarakis, outside New Democracy’s headquarters in Athens.

‘I congratulate him and call on him to form the government that is necessary, and bring the proposal to parliament.’ source