Islamic State militants hammered, bulldozed and ultimately blew up parts of the ancient Iraqi Assyrian city of Nimrud, destroying a site dating back to the 13th century B.C., an... 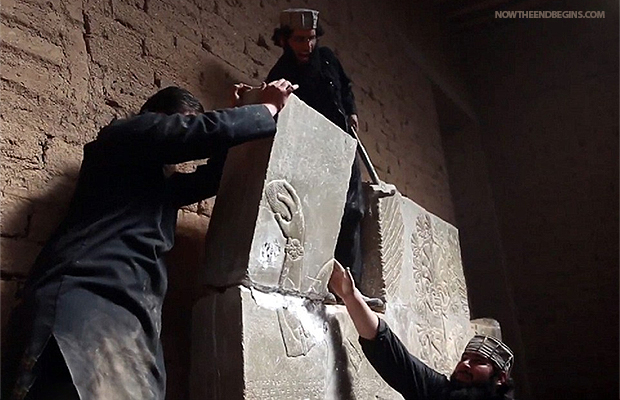 The attack on Nimrud has been declared a ‘war crime’ by U.N. Secretary-General Ban Ki-moon

The destruction at Nimrud, located near the militant-held city of Mosul, came amid other attacks on antiquity carried out by the group now holding a third of Iraq and neighboring Syria in its self-declared caliphate. The attacks have horrified archaeologists and U.N. Secretary-General Ban Ki-moon, who last month called the destruction at Nimrud “a war crime.”

“God has honored us in the Islamic State to remove all of these idols and statutes worshipped instead of Allah in the past days,” one militant says in the video. Another militant vows that “whenever we seize a piece of land, we will remove signs of idolatry and spread monotheism.”

The militants have been destroying ancient relics they say promote idolatry that violate their fundamentalist interpretation of Islamic law, including the ancient Iraqi city of Hatra, a UNESCO World Heritage site. Authorities also believe they’ve sold others on the black market to fund their atrocities. source