Director of National Intelligence James Clapper told a Senate hearing in February that the "Russian cyber-threat is more severe than we have previously assessed."... 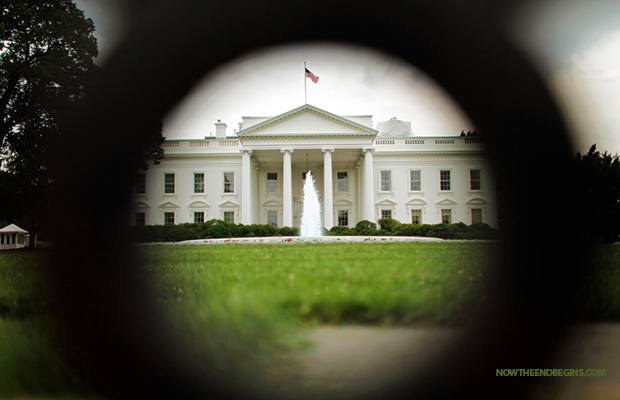 To get to the White House, the hackers first broke into the State Department, investigators believe.

Washington, DC – Russian hackers behind the damaging cyber intrusion of the State Department in recent months used that perch to penetrate sensitive parts of the White House computer system, according to U.S. officials briefed on the investigation.

While the White House has said the breach only ever affected an unclassified system, that description belies the seriousness of the intrusion. The hackers had access to sensitive information such as real-time non-public details of the president’s schedule. While such information is not classified, it is still highly sensitive and prized by foreign intelligence agencies, U.S. officials say.

Director of National Intelligence James Clapper told a Senate hearing in February that the “Russian cyber-threat is more severe than we have previously assessed.”

The White House in October said it noticed suspicious activity in the unclassified network that serves the executive office of the president. The system has been shut down periodically to allow for security upgrades.

The FBI, Secret Service and U.S. intelligence agencies are all involved in investigating the breach, which they consider among the most sophisticated attacks ever launched against U.S. government systems. ​The intrusion was routed through computers around the world, as hackers often do to hide their tracks, but investigators found tell-tale codes and other markers that they believe point to hackers working for the Russian government. A spokesman for the National Security Council declined to comment. Neither the U.S. State Department or the Russian immediately embassy responded to a request for comment.

As in many hacks, investigators believe the White House intrusion began with a phishing email that was launched using a State Department email account that the hackers had taken over, according to the U.S. officials.

Director of National Intelligence James Clapper, in a speech at an FBI cyber-conference in January, warned government officials and private businesses to teach employees what “spear phishing” looks like.

“So many times, the Chinese and others get access to our systems just by pretending to be someone else and then asking for access, and someone gives it to them,” Clapper said.

The ferocity of the Russian intrusions in recent months caught U.S. officials by surprise, leading to a reassessment of the cybersecurity threat as the U.S. and Russia increasingly confront each other over issues ranging from the Russian aggression in Ukraine to the U.S. military operations in Syria.

The attacks on the State and White House systems is one reason why Clapper told a Senate hearing in February that the “Russian cyber-threat is more severe than we have previously assessed.”

Read the rest of the story on CNN…