Pope Francis extolled the benefits of sharing wealth with the poor on Tuesday, warning that "unjust" social conditions like unemployment can lead to sin, financial ruin and even suicide.... 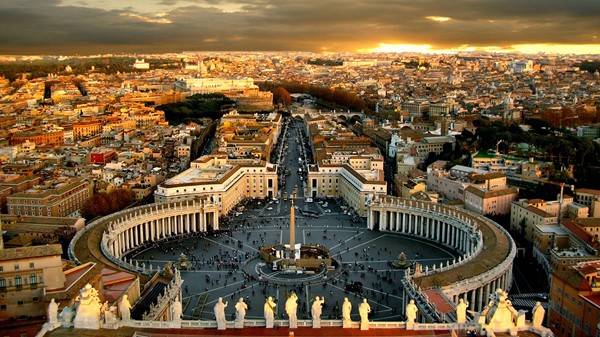 The wealth of the Vatican is nearly incalculable.
by Geoffrey Grider February 4, 2014
NOW THE END BEGINS SHARE:

VATICAN CITY (AP) — Pope Francis extolled the benefits of sharing wealth with the poor on Tuesday, warning that “unjust” social conditions like unemployment can lead to sin, financial ruin and even suicide. 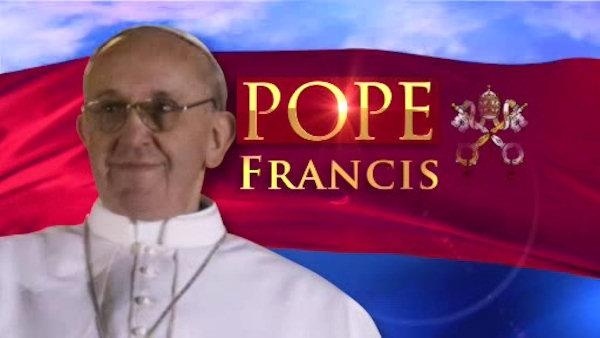 Do YOU know of any other city that sits on 7 hills, wears purple and scarlet and is drunk on the blood of all the saints they killed?

The Jesuit pope has frequently railed about the excesses of capitalism and income disparity in a globalized world, and his message for Lent issued Tuesday echoed those same concerns.

Lent is the solemn period leading up to Holy Week and Easter, when the faithful recall Christ’s death and resurrection. It’s a time when Christians often fast, and Francis urged the faithful to deny themselves certain things this Lent “to help and enrich others by our own poverty.”

“When power, luxury and money become idols, they take priority over the need for a fair distribution of wealth,” he said in the short message. “Our consciences thus need to be converted to justice, equality, simplicity and sharing.”

He said it’s not enough to just make charitable offerings. “Let us not forget that real poverty hurts: no self-denial is real without this dimension of penance. I distrust a charity that costs nothing and does not hurt,” he wrote.

While calling for Christians to actually touch poverty and make it their own, Francis distinguished material poverty or destitution from moral destitution, which he said “consists of slavery to vice and sin.”

“How much pain is caused in families because one of their members – often a young person – is in thrall to alcohol, drugs, gambling and pornography!” he lamented. Sometimes “unjust social conditions” like unemployment lead to this type of destitution by depriving people of the dignity of work and access to education and health care, he said.

“In such cases, moral destitution can be considered impending suicide.”

Francis has riled some conservative Americans for his denunciation of capitalism and trickle-down economic theory, which is says is based on a survival of the fittest mentality “where the powerful feed upon the powerless” with no regard for ethics, the environment or even God.

His predecessor, Pope Benedict XVI, however, espoused the exact same concerns, writing an entire encyclical in 2009 in which he denounced the profit-at-all-cost mentality blamed for bringing about the global financial meltdown and called for a new world financial order guided by ethics and the search for the common good. source – AP