Pope Francis will become the first pontiff seen globally in 3D during the upcoming April 27 ceremony in St. Peter’s Square when two of his predecessors, John Paul II... 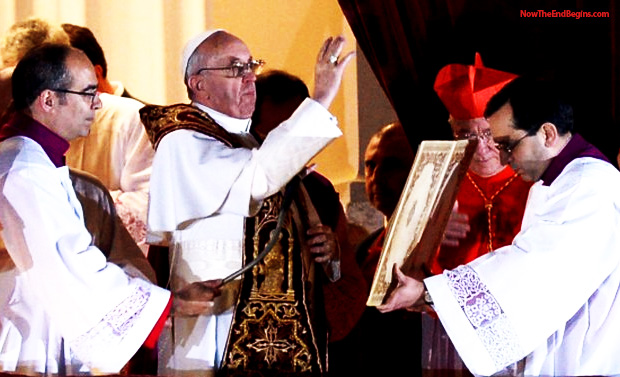 VATICAN CITY – Pope Francis will become the first pontiff seen globally in 3D during the upcoming April 27 ceremony in St. Peter’s Square when two of his predecessors, John Paul II and John XXIII, will be canonised as saints.

The unprecedented double canonization event will be produced in 3D by the Vatican TV Center (CTV) in a partnership with Rupert Murdoch’s Sky Italia, BSkyB and Sky Deutschland payboxes, and Sony. The ceremony will also be beamed into 3D movie theaters across Europe and in North and South America, in what is being touted as the first convergence of HD, 3D and 4K technologies for such a high-profile multimedia 3D event.

At a press conference in the Vatican, CTV chief Monignor Dario Vigano said the live transmission will require “more satellites than the Sochi Olympics.” Vigano underlined that the Vatican decided to offer the canonisation ceremony to the world in 3D in order to give people who would want to attend but cannot, for many reasons including economic ones, the chance to get a “fully immersive” experience.

The production will use 13 3D cameras positioned in spots that will give a unique and exclusive vantage point of St Peter’s Square. The HD feed will be carried by 100 broadcasters, including Italo pubcaster RAI, and viewed by an estimated 200,000 global TV audience.

The 3D TV feed will be beamed into Italy, the UK, and Germany on Sky. The fact that CTV has teamed up with Sky on the 3D TV project, rather than RAI, which has until now been the Vatican’s customary TV partner in Italy, marks a major coup for Sky Italia.

Sky Italia managing director Andrea Zappia said he was “very proud” of the partnership with the Vatican which will also mark the first time Sky Italia, BSkyB, and Sky Deutschland team up on a live event. More than 100 movie theaters in Italy will screen the ceremony in 3D through Nexo Digital, which will also beam it into movie theaters around the world, everywhere for free.

Roughly five million pilgrims are expected in Rome for the event, which will see four popes united in St Peter’s, given that the Vatican has confirmed that former Pope Benedict XVI will attend. Benedict, who stepped down from the papacy in February 2013, has been living a secluded existence inside the Vatican walls. source – Variety