A Stingray device tricks all cellphones in an area into electronically identifying themselves and transmitting data to police rather than the nearest phone company's tower. ... 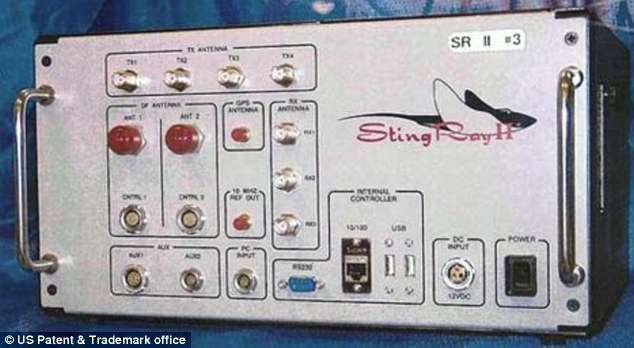 Police nationwide may be listening in on phone calls or reading text messages to find suspects thanks to a device called Stingray – but they’re refusing to reveal details about its use.

Law enforcement officials say Stingray, a suitcase-size device that pretends it’s a cell tower, is useful for catching criminals, but that’s about all they’ll say.

For example, they won’t disclose details about contracts with the device’s top manufacturer, Harris Corp., insisting they are protecting both police tactics and commercial secrets.

The secrecy — at times imposed by non-disclosure agreements signed by police — is pitting obligations under private contracts against government transparency laws.

Even in states with strong open records laws, including Florida and Arizona, little is known about police use of Stingray and any rules governing it.

A Stingray device tricks all cellphones in an area into electronically identifying themselves and transmitting data to police rather than the nearest phone company’s tower.

Because documents about Stingrays are regularly censored, it’s not immediately clear what information the devices could capture, such as the contents of phone conversations and text messages, what they routinely do capture based on how they’re configured or how often they might be used. source – Daily Mail UK