Is 2015 The Year We See Mind-Numbingly Major Political And Prophetical Changes?

In 2015, we see things on the horizon that are dangerous and we’re called by Almighty God to shout our warnings regarding the destruction to come.... 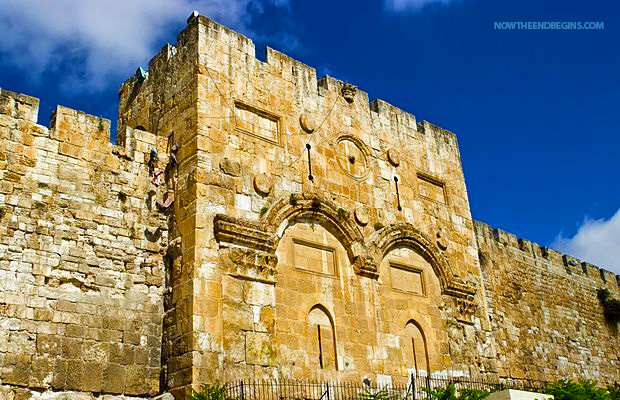 This whole being a ‘watchman on the wall’ business is difficult because we’re usually the bearers of bad news.

“Prepare the table, watch in the watchtower, eat, drink: arise, ye princes, and anoint the shield. For thus hath the Lord said unto me, Go, set a watchman, let him declare what he seeth.” Isaiah 21:5,6 (KJV)

EDITOR’S NOTE: We understand that, dispensationally, signs, miracles, wonders and visions are not for the Church. We are commanded to walk by faith and not by sight. But having said that, things are beginning to get really strange, not just in America, but all over the world. We are so close to the Rapture that it is like we are living in overlapping dispensations. We present this story for your consideration.

We see things on the horizon that are dangerous and we’re called by Almighty God to shout our warnings regarding the destruction to come. If we wimp out or get lazy and fail to do so, the Bible says the blood of those we didn’t warn will be on our hands. Oh joy.

I have a lot of information to give you. Some is prophetic and some are substantiated facts. I want to lay out what I’ve found, along with the sources of my information and let you come to your own conclusions. I will give you my opinion, but what you do with all of this is up to you. Let’s get started.

There are those who strongly believe that the gifts of the Spirit, such as prophecy, ceased to exist after the early church. I will not debate this issue. I know what is happening currently with hundreds of thousands of Christians all over the world, and they are claiming to be receiving words, messages, visions and dreams from the Lord about what is shortly to come upon this earth.

This includes the dozens upon dozens of testimonies from former Muslims in Middle Eastern countries who have had visions of Jesus that were so clear and convincing, they converted to Christianity, despite knowing they could be killed for their decision. These things are happening.

When you listen to or read what messengers have received, it goes without saying that one must exercise great, prayerful discernment. There are without a doubt, a load of kooks on the internet and YouTube. However, I trust the sources that I have cultivated for myself over the last 8 years, and they are all in agreement with one another in their messages.

Besides, the Bible is very clear that the Lord God promised to pour out greater understanding on His servants in the last days. If you have any doubt we are in the final seconds on God’s prophetic time clock, please stop reading and get back under the rock you’ve been living under. You’re completely clueless. Go on now. Go back to sleep.

For the rest of you, this is where it gets very interesting and rather concerning.

Many of you have already heard of the federal government’s military exercise called Jade Helm 15, scheduled to occur from July 15 thru September 15, 2015. The document below is from the US Army Special Operations Command, and explains that “Jade Helm is a challenging 8-week joint military and interagency Unconventional Warfare exercise” to “improve the Special Operation Forces’ UW capability as part of the National Security Strategy.”

This is an unprecedented, multi-state exercise which will include elite Special Forces from every branch of our armed forces, along with “interagency” personnel, A/K/A, state and local police, as well as the FBI and DEA. Good thing the cops have been loading up on used military equipment for the last several years!

Please review the official document describing this event in this link here. It will open up a PDF file we would like you to consider.

The “conspiracy theorists,” a group to which I am regularly accused of belonging, are going nuts over this event! They are concerned that this is a precursor to the government declaring the martial law we all know is coming. Are their fears founded? Well, let’s see what else the feds have been up to.

This month, Reuters reported that the NY Federal Reserve started moving quite a few of its resources from New York City, to its satellite office in Chicago. This is out of concern over future natural disasters, like Hurricane Sandy, which flooded Lower Manhattan.

4/8/15 The North American Aerospace Command (NORAD) and the US Northern Command, which scans the North American skies for enemy missiles and aircraft, is moving its operation into Cheyenne Mountain, a mountain shelter left over from the Cold War. The Pentagon announced a $700 million dollar contract with Raytheon Corporation to oversee the move, to safeguard the command’s sensitive sensors and servers from a potential EMP attack.

In a bizarre “coincidence” that seemingly corresponds with the timing of Jade Helm, Wal-Mart suddenly closed 5 of its Supercenters on Monday, April 13th for “plumbing problems.” Really?? That’s the best excuse they could come up with? The 2,200 employees laid off were given a 2 hour notice, and were told the stores would remain closed for 6 months. However, Wal-Mart has yet to apply for any plumbing permits in the five cities where the closed stores are located.

Strangely enough, eyewitnesses are reporting that the windows and doors of these Supercenters have been blacked-out, and local police cars are stationed at each entrance as well as the loading docks in the back to prevent anyone from entering the facilities. Some are speculating that the closures are in retaliation against the employees who protested for higher pay. Oh, were it that simple.

In fact, the peculiar Jade Helm 15 military exercises added to the mysterious closings of 5 Wal-Mart Supercenters, all located in states where Jade Helm is to be held, has caught the attention of the Russian Kremlin! Even THEY are questioning these strange happenings.

So what’s up with the Wal-Marts? How could they possibly be connected to some military exercise? Hold onto your hats because I’m about to drag you down the rabbit hole, so deep into the Twilight Zone you’re liable to get a nose bleed. There is no easy to way to say this without sounding insane, so I’ll just spill it: There’s a vast network of tunnels connecting these Wal-Mart Supercenters. It sounds nuts, but it is true.

Years ago, Wal-Mart joined with DHS and the NSA in creating a system of underground tunnels throughout the country, involving hundreds of stores, which they say were designed to protect the homeland and ensure the safety of its citizens in case of nuclear, biological or chemical attack. (If you’re one of the elite, that is.)

The tunnels will also serve as conduits for national defense to rapidly move troops, supplies and armor throughout the nation between strategic locations in the southern portion of America. A former Navy Seal told All News Pipeline reporter, Stefan Stanford, “The tunnels are already in place. They are using the 6 months, which brings us into September (2015), to clear the places out and configure them for supply depots, communication hubs and pre-processing centers.”

There are literally thousands of miles of tunnels crisscrossing the United States, as well as underground rail systems. While Americans were keeping up with the Kardashians and watching scantily-clad contestants on Dancing With the Stars, our government has been building these tunnels, complete with underground military bases and cities, designed to ensure the “continuity of government” during a massive disaster or attack, as well as serve as a type of Noah’s ark for the Globalist elite and their families.

And these tunnels and cities are being stocked like mad with food, water, medical equipment—everything you could imagine to make sure the elite are comfortable and safe in their rocky hideouts while the rest of us face what is coming. Remember the Georgia Guidestones which outlines the Globalist/Illuminati’s plan for their perfect utopia? It involves reducing the entire world’s population to no more than 500,000,000.

So, what do the elite know that we don’t? What is coming upon the Earth in the next few months that may well result in the death of millions of Americans? I will give you my opinion in Part 2 of this article. In the meantime, please take the time to watch the following video. It holds a load of excellent information and has a lot of resources for you to click on at the bottom.

It is time to get right with the Lord. No more playing around with sin, or being lukewarm in your walk.

Time is up. Really.

CLICK HERE to read Part #2 of this end times series…