Research firm Slice Technology estimated Monday that 957,000 people ordered the Apple Watch, committing to an average of 1.3 watches at an average price of $503.83.... 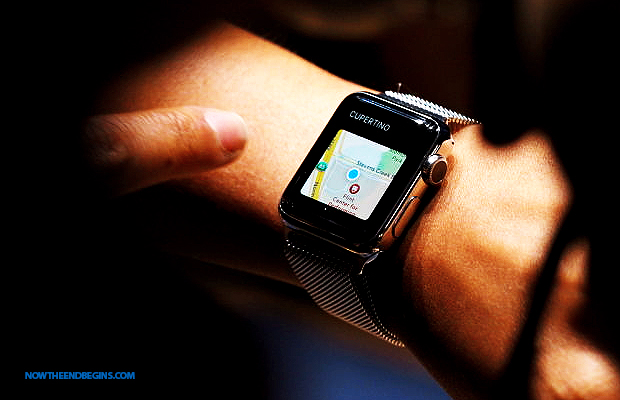 Analysts predict that Apple will ramp up production of the Apple Watch after pre-orders totaled more than 1 million on Friday alone, pushing wait times well into the summer for some models.

EDITOR’S NOTE: The lead-in to people fully accepting an internal tracking chip has always been a 3-step process. Step One was getting everyone in front of a computer. This began in 1994. Step Two is getting a computer on everyone, which has been happening for the past few years and is officially launched with the release of the Apple Watch. Step Three will be to place the technology inside of people, which as the first two steps have shown you, will be eagerly adopted by the vast majority of people. In fact, they will demand it and pay top dollar for it.

While some have suspected that the initial shortages are part of Apple’s marketing strategy, the company will get its assembly lines humming a little faster, some Wall Street analysts said Monday.

The Mark of the Beast never looked so good, eh? Click to see more.

Research firm Slice Technology estimated Monday that 957,000 people ordered the Apple Watch, committing to an average of 1.3 watches at an average price of $503.83.

That’s a brisk start, even by Apple’s standards. In 2007, it took 74 days for Apple to sell 1 million units of its original iPhone. In 2010, the iPad took 28 days to hit the 1 million mark. (Unlike the Apple Watch, the iPhone and iPads had been launched in the US only.)

The Apple Watch — which come in three categories, Watch Sport, Watch and Watch Edition — allows users to check email, listen to music and make phone calls when paired with an iPhone.

It goes on sale officially on April 24.