President Obama, or rather a machine impersonating his signature, signed the controversial Patriot Act only minutes before the midnight deadline, extending anti-terrorism measures enacted in the wake of 9/11.... 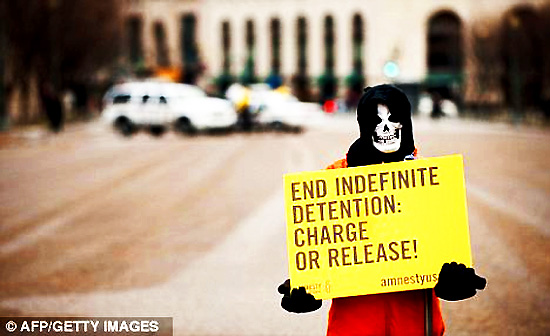 Things like indefinite detention have raised more than a few concerns about the Constitutionality of the Patriot Act
by Geoffrey Grider May 27, 2011
NOW THE END BEGINS SHARE:

Rise of the machines

As if the Patriot Act wasn’t scary enough already. Now we have a robot machine signing bills for the President as he works his dubious magic at the G8 Summit in Europe. With the continued horrendous American economy, there is one group that Obama is greatly prospering, and that’s the conspiracy theorists. One can easily see many future bills being signed into law by a computer-assisted robot at the push of a button, But I guess this is what you might expect as the infamous One World Government begins to take the stage. Funny thing, though, in the 2008 campaign Obama railed against all things Bush, and now that he is President there is hardly one Bush-era item he has failed to keep. 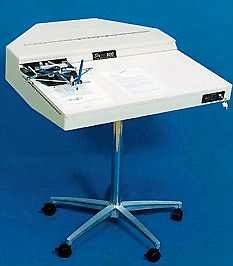 Rise of the Machines

“President Obama, or rather a machine impersonating his signature, signed the controversial Patriot Act only minutes before the midnight deadline, extending anti-terrorism measures enacted in the wake of 9/11. Mr Obama did not sign the act personally as he was 3,725 miles and six time zones away in France at a meeting of G8 world leaders, so a presidential autopen was used instead. The White House said the President had approved use of the autopen, a machine which holds a pen and signs his actual signature.

The U.S. is divided over the Patriot Act, as reflected in a Pew Research Center poll last February, before the killing of Bin Laden, that found that 34 percent felt the law ‘goes too far and poses a threat to civil liberties’. Some 42 per cent considered it ‘a necessary tool that helps the government find terrorists.’ That was a slight turnaround from 2004 when 39 percent thought it went too far and 33 per cent said it was necessary.

Mr Paul asked whether the nation ‘should have some rules that say before they come into your house, before they go into your banking records, that a judge should be asked for permission, that there should be judicial review? Do we want a lawless land?’

In practice, law enforcement has used the three provisions sparingly. According to a senior Justice Department national security official testifying to Congress last March, the government has sought roving wiretap authority in about 20 cases a year between 2001 and 2010 and has sought warrants for business records less than 40 times a year, on average. The government has yet to use the lone wolf authority.

Mr Obama was awoken at 5:45am in his hotel room in Deauville, France, so that he could review and approve the bill and authorise his signature, with only minutes to go before the deadline passed in the U.S. The President said he was pleased the Patriot Act had been extended and applauded the use of the autopen, saying: ‘It’s an important tool for us to continue dealing with an ongoing terrorist threat.’ source – Daily Mail