The New York City Police Department’s massive and controversial intelligence and analytics unit is evaluating whether Google Glass is a decent fit for investigating terrorists and helping cops... 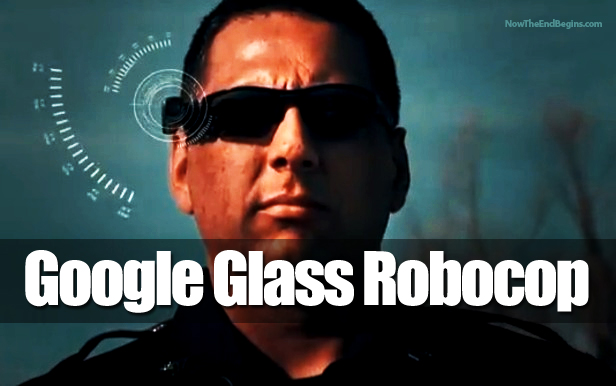 Google Glass may soon become a favored tool for law enforcement agencies in the United States. The New York City Police Department’s massive and controversial intelligence and analytics unit is evaluating whether Google Glass is a decent fit for investigating terrorists and helping cops lock up bad guys, Venture Beat has learned. The department recently received several pairs of the modernist-looking specs to test out.

“We signed up, got a few pairs of the Google glasses, and we’re trying them out, seeing if they have any value in investigations, mostly for patrol purposes,” a ranking New York City law enforcement official told VentureBeat.

“We’re looking at them, you know, seeing how they work.”

The glasses are currently only available through Google’s Glass Explorer program, in which people who interested in acquiring them first apply and then receive notification from Google on whether it accepts or denies their application. Respondents who get the green light must pay $1,500 for the privilege.

The news that the country’s largest police department is eagerly beta-testing Google’s products comes at a sensitive time for the company, given its entanglement in various intelligence-gathering efforts from spy agencies in the U.S. and abroad. Not that Google is happy about that: Google chairman Eric Schmidt blew a gasket when it was revealed that the NSA was routinely hacking into the company’s servers to spy on customers, as outlined in documents leaked by former NSA contractor Edward Snowden.

“The Google Glass Explorer program includes people from all walks of life, including doctors, firefighters and parents. Anyone can sign up to become a Glass Explorer, provided he or she is a U.S. resident and over the age of 18,” read the wooden company response to my questions.

This isn’t the first time the NYPD has embraced new tech platforms: In 2012, the NYPD and Microsoft worked together to build the Domain Awareness System, a tool for gathering and managing surveillance data for counterterrorism efforts.

Google Glass is an Android-powered, wearable computer built into a module perched on the side of a pair of eyeglasses. It comes from Google’s somewhat clandestine special-projects division, called Google X, which is also working on driverless cars, high-tech contact lenses, and high-altitude balloons that blanket the Earth below with wireless Internet. Google Glass incorporates a heads-up display reminiscent of that used in advanced fighter jets and commercial airliners to communicate with pilots. A camera captures photo and video on demand.

The chief information officer of the San Francisco police department, Susan Merritt, said that her department has yet to test the wearable Google computers. But she says the applications for law enforcement are potentially huge.

The San Francisco department currently deploys Samsung S4 smartphones for cops working the street. Merritt says the S4 has become an integral tool because it enables officers to access the department’s criminal database to run warrant checks and pull up mugshots of wanted suspects in real time.

Google Glass could have a similar value proposition for police forces, Merritt said, pointing out that wireless facial recognition software is one potential use.

Even without facial recognition, Google Glass could help match suspects’ names and faces to information contained in various databases that police and federal law enforcement agencies use, such as those from the National Crime Information Center. That would give investigators a handy way to see a suspect’s rap sheet while interviewing them, for instance.

It could also help eliminate the time-consuming, hand-written or typed reports that are the bane of cops the world over by enabling video recording and dictation for digital reports.

But the glasses could run afoul of civil liberty groups who say Google Glass and their wireless software programs could encroach on the rights of innocent citizens, especially in a city like San Francisco.

Asked about these issues, Merritt deferred answering. “This is very interesting,” Merritt said. “Call us back in six months!”

As for the NYPD, if the evaluators like what they see, the department could represent a significant customer for Google. With 34,500 people in the NYPD overall, that represents a lot of potential Glass-equipped cops.

That in turn could have a massive influence on Google Glass’s revenues, especially if other departments hop on the wearable bandwagon and the devices someday become standard issue for law enforcement agencies worldwide. source – Venture Beat