The cost of the first lady's hotel room for the Beijing portion of her trip, reportedly $8,400/night, raised some eyebrows at the time. The prices of the Westin Chaoyang... 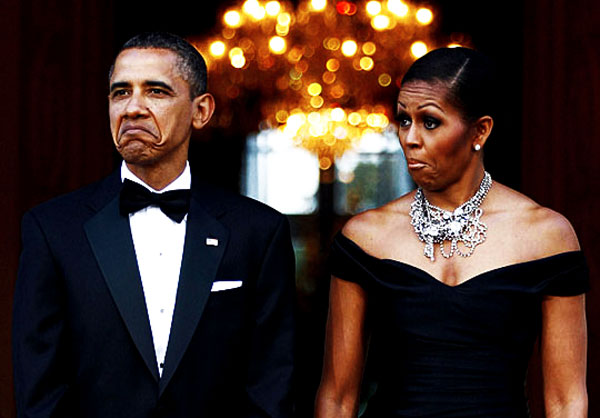 Nothing too good for FLOTUS

Michelle Obama wrapped up her March visit to China with a stop in Chengdu, arriving on March 25 and departing for the United States on the following day. But that one leg of the trip alone required about 900 room nights, ranging from 21 rooms beginning on March 13 for the advance team to a peak of 144 rooms when the first lady herself was at the hotel. 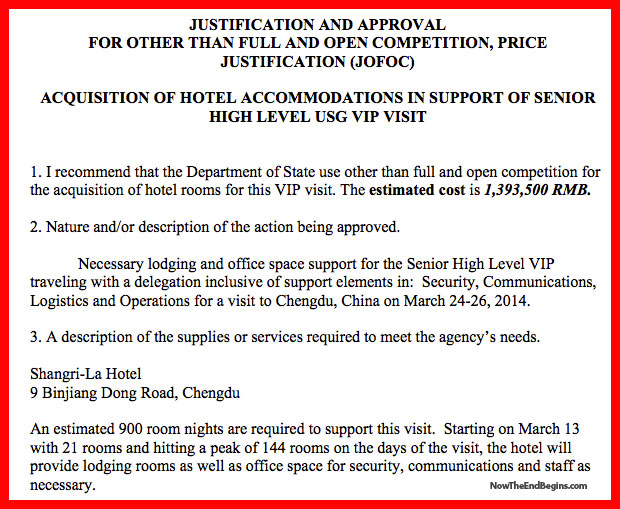 According to the documents, one of the factors in choosing the Shangri-La Hotel was a security consideration that “will allow party to occupy the entire top two floors for the visit.”

The documents also state that the local Ritz-Carlton had expressed interest in hosting the first lady, but:

in preliminary price comparisons, the cost was sufficiently more than the Shangri-La. We requested a price reduction but a great cost difference remained for the both the Executive Junior Suites, that will serve as control rooms, and the Presidential Suite.

The cost of the first lady’s hotel room for the Beijing portion of her trip, reportedly $8,400/night, raised some eyebrows at the time. As THE WEEKLY STANDARD reported, the prices of the Westin Chaoyang Hotel where Mrs. Obama and her group stayed had been deemed “prohibitive” for Vice President Biden’s trip to China in December 2013.

So far, the documents for the Chengdu portion of Mrs. Obama’s trip are the only ones that have been posted online by the State Department. Mrs. Obama was in China March 19-26. source – Weekly Standard