Pop singer Miley Cyrus recently slammed Christian conservatives for believing in "fairy tales" like the story of Noah's ark and argued that those who hold to a traditional definition... 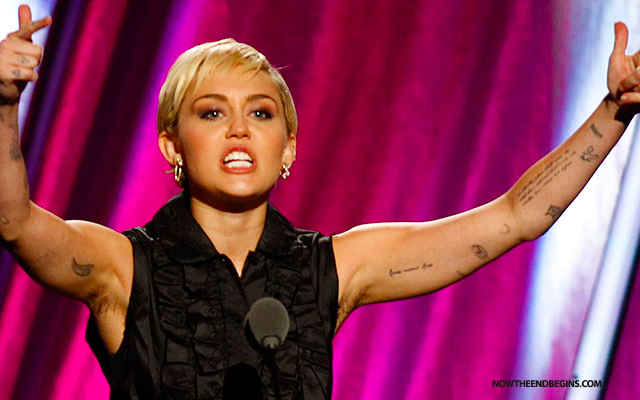 Pop singer Miley Cyrus recently slammed Christian conservatives for believing in “fairy tales” like the story of Noah’s ark and argued that those who hold to a traditional definition of marriage should not be permitted to make laws within the United States.

In a recent interview with Paper magazine, Cyrus, who appears nude within the publication, refers to herself as the “least judgemental person ever.” However, the magazine notes that while she was raised in a Christian home and was baptized in a Southern Baptist church, the “Wrecking Ball” singer “maintains a particular contempt for fundamentalist lawmakers who rally against this sort of progressive, potentially life-saving changes for the LGBT community.” “Those people shouldn’t get to make our laws,” Cyrus said of Christians who hold to a traditional view of marriage.

The 22-year-old “Party in the USA” singer went on to slam Christians who believe Noah’s Ark was a real vessel: “That’s ******* insane,” she told the magazine. “We’ve outgrown that fairy tale, like we’ve outgrown ******* Santa and the tooth fairy.”   The former Disney Channel star also criticized her parent’s political views, calling them  “conservative-ass ********-*******.” Cyrus revealed that she views her gender identity as “fluid,” and told her mother that she was attracted to women when she was just 14 years old. source