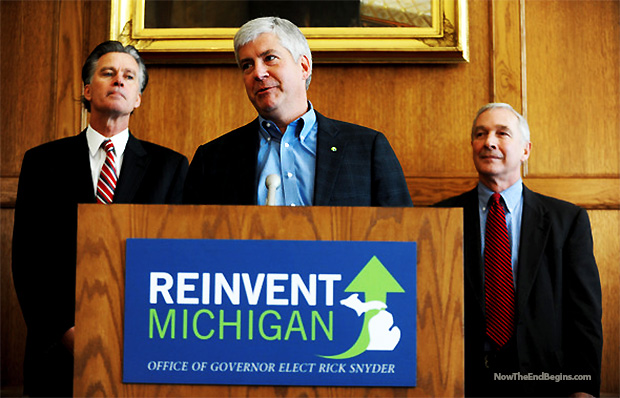 Yesterday, he told Hezbollah- and HAMAS-supporting Muslims at the tax-funded, Muslim-dominated Arab American National Museum, that their community is a “role model” for Michigan, and that he wants them to help him bring more immigrants–he cited “refugees from the Middle East who are struggling” and whom he wants to attract and help (with more government aid)–to Michigan. Oh, and–bonus!–he vowed to hire more Arab Muslims on his staff.

The Changing Muslim Demographics Around The World from Now The End Begins on Vimeo.

This is the same “role model” community, by the way, where most Muslim stores have boxes to raise money for two Hezbollah “charities” and where 10,000 Hezbollah and HAMAS supporters marched daily with anti-Jewish signs and swastikas for days on end during the Israel-Hezbollah war and when Israel entered Gaza to try to rescue kidnapped Israeli soldier Gilad Schalit. I guess the fact that over 300 U.S. Marines and civilian employees at the U.S. Embassy in Beirut were murdered by Hezbollah means nothing to Snyder.

CLICK HERE to read the rest of this story on Debbie Schlussel.com…