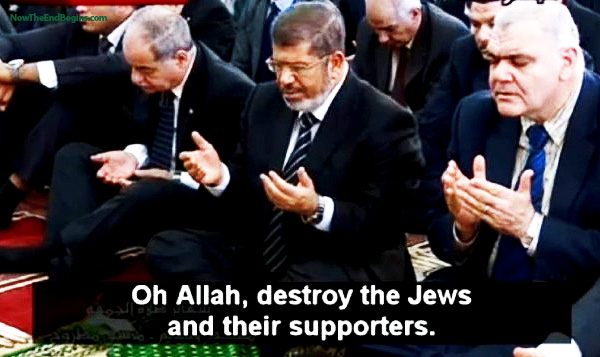 Sorry, Mr. McCain, there is an unbridgeable chasm of difference between the moon god Allah and the Jehovah God of the Holy Bible.
by Geoffrey Grider September 3, 2013
NOW THE END BEGINS SHARE:

God shares His Glory with no one

“I am the LORD: that is my name: and my glory will I not give to another, neither my praise to graven images.” Isaiah 42:8

The religion of Islam has as its focus of worship a deity by the name of “Allah.” The Muslims claim that Allah in pre-Islamic times was the biblical God of the Patriarchs, prophets, and apostles. The issue is thus one of continuity. Was “Allah” the biblical God or a pagan god in Arabia during pre-Islamic times? The Muslim’s claim of continuity is essential to their attempt to convert Jews and Christians for if “Allah” is part of the flow of divine revelation in Scripture, then it is the next step in biblical religion. 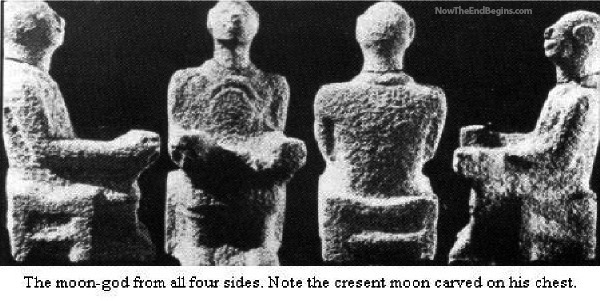 The pagan moon god Allah and the God of the bible have nothing in common. Allah worshipped the moon, God created it.

Thus we should all become Muslims. But, on the other hand, if Allah was a pre-Islamic pagan deity, then its core claim is refuted. Religious claims often fall before the results of hard sciences such as archaeology. We can endlessly speculate about the past or go and dig it up and see what the evidence reveals. This is the only way to find out the truth concerning the origins of Allah. As we shall see, the hard evidence demonstrates that the god Allah was a pagan deity. In fact, he was the Moon-god who was married to the sun goddess and the stars were his daughters. Click Here to read more…

“I have a problem helping those people screaming that after a hit,” Kilmeade said. McCain responded: “Would you have a problem with an American or Christians saying ‘thank God? Thank God?’” He added, “That’s what they’re saying. Come on! Of course they’re Muslims, but they’re moderates and I guarantee you they are moderates.”

Sorry, Mr. McCain, there is an unbridgeable chasm of difference between the moon god Allah and the Jehovah God of the Holy Bible.

McCain provided no evidence to suggest that Syrian opposition groups are moderate, as opposed to the wide swath of evidence suggesting that the opposition is heavily infested with al Qaeda. source – Breitbart