IT BEGINS: Russia Has Begun Air Strikes In Syria To Defend Assad Regime

New satellite imagery shows that Russia’s air combat power in Syria has exploded over the last 48 hours, with 12 Su-25 Frogtfoots adding to the four Su-30SM Flankers and about a dozen or so combat helicopters already stationed at Latakia Air Base in Syria. A dozen Russian Su-24 Fencers are also said to be on the ground there now as well. 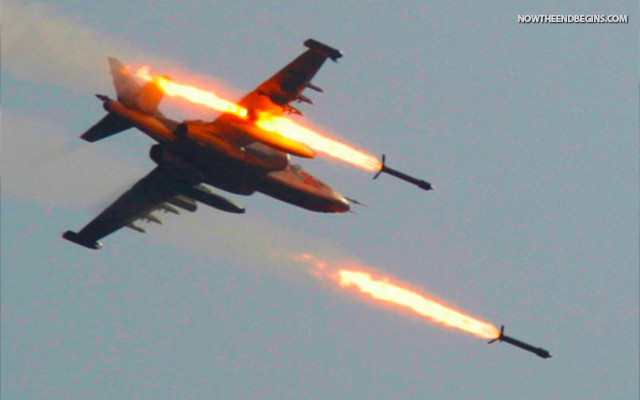 New satellite imagery shows that Russia’s air combat power in Syria has exploded over the last 48 hours, with 12 Su-25 Frogtfoots adding to the four Su-30SM Flankers and about a dozen or so combat helicopters already stationed at Latakia Air Base in Syria. A dozen Russian Su-24 Fencers are also said to be on the ground there now as well.
by Geoffrey Grider September 30, 2015
NOW THE END BEGINS SHARE:

Russia has begun carrying out air strikes in Syria against opponents of President Bashar al-Assad.

“And I will turn thee back, and put hooks into thy jaws, and I will bring thee forth, and all thine army, horses and horsemen, all of them clothed with all sorts of armour, even a great company with bucklers and shields, all of them handling swords:” Ezekiel 38:4 (KJV)

EDITOR’S NOTE: Less than 24 hours after the Russian leader appeared to speak at the United Nations General Assembly in New York City, Vladimir Putin has ordered massive air strikes to begin in Syria. Interesting note, reports are coming in that Russia is not really attacking ISIS so much as they are the multiple enemies of the Assad regime. Is Putin defending Syria, or is he laying the groundwork to advance on Israel? Buckle up, kiddies, things are about to get crazy.

The strikes reportedly hit rebel-controlled areas of Homs and Hama provinces, causing casualties. The US says it was informed an hour before they took place. Russian defence officials say aircraft targeted the Islamic State group, but an unnamed US official told Reuters that so far they did not appear to be targeting IS-held territory.

Syria’s civil war has raged for four years, with an array of armed groups fighting to overthrow the government. The US and its allies have insisted that President Assad should leave office, while Russia has backed its ally remaining in power.

Russia’s decision to intervene with its air power greatly complicates the Syrian crisis while probably offering little additional chance of a diplomatic resolution.

Russian sources indicate that Sukhoi Su-24 warplanes were involved, operating out of an airbase near Latakia.

There are serious questions about who exactly the Russian aircraft are targeting. US officials believe that the initial Russian strikes are not in IS-held territory, raising the possibility that Russian air power is being utilised more in the form of close air support for Syrian government forces against the multiple enemies of the Assad regime.

Of course, many of these enemies are supported by the West’s Arab allies or Turkey. The warning time given by the Russians to the Americans announcing the start of their operations may also raise some eyebrows, suggesting that much more detailed co-ordination may be needed in future to avoid incidents in Syrian airspace.

The upper house of the Russian parliament granted President Vladimir Putin permission to deploy the Russian air force in Syria. 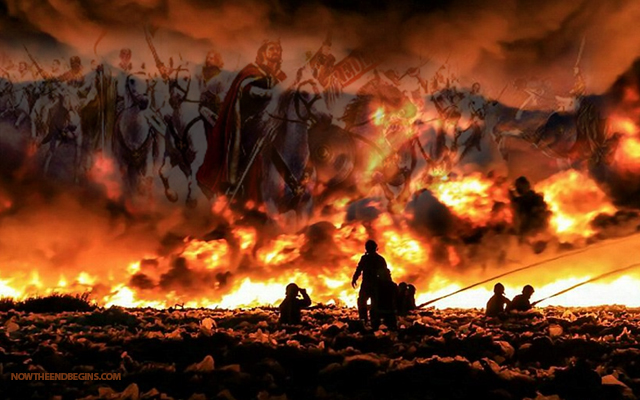 None of the areas targeted were controlled by IS, activists said. A US defence official said: “A Russian official in Baghdad this morning informed US embassy personnel that Russian military aircraft would begin flying anti-Isil [IS] missions today over Syria. He further requested that US aircraft avoid Syrian airspace during these missions.” source