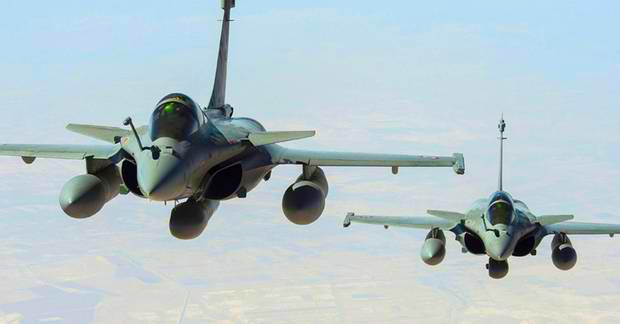 Never would have guessed it would be the French, did you?

Rafale fighter jets involved in the mission struck the depot in northeastern Iraq on Friday morning, and the target was “entirely destroyed,” President Francois Hollande’s office said in a statement.

“Other operations will follow in the coming days,” the statement said, without elaborating on the type of material at the depot or its exact location.

With the strike, France becomes the first foreign country to publicly add military muscle to United States airstrikes against the group, which has drawn criticism around the world and in a unanimous U.N. Security Council resolution for its barbarity.