We know that the bible teaches that there will come a day when all the world is under a single monetary system, and it calls that system the mark... 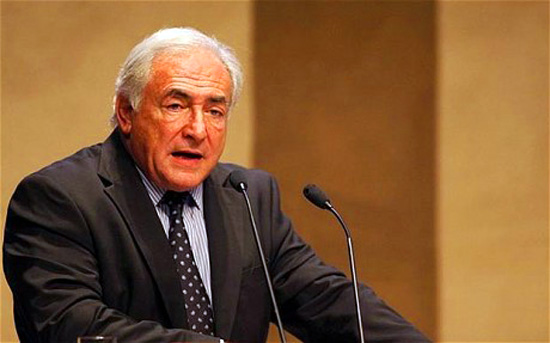 We know that the bible teaches that there will come a day when all the world is under a single monetary system, and it calls that system the mark of the beast. “And he causeth all, both small and great, rich and poor, free and bond, to receive a mark in their right hand, or in their foreheads: And that no man might buy or sell, save he that had the mark, or the name of the beast, or the number of his name.” Revelation 13: 16, 17. So it comes as now surprise to NTEB that more and more world leaders are issuing calls for a new currency system. As we see it, they are right on schedule.

Dominique Strauss-Kahn saw a greater role for the IMF's Special Drawing Rights, which is currently composed of the dollar, sterling, euro and yen Photo: Reuters

Dominique Strauss-Kahn, managing director of the International Monetary Fund, has called for a new world currency that would challenge the dominance of the dollar and protect against future financial instability. “Global imbalances are back, with issues that worried us before the crisis – large and volatile capital flows, exchange rate pressures, rapidly growing excess reserves – on the front burner once again,” Strauss-Kahn said. “Left unresolved, these problems could even sow the seeds of the next crisis.”

Strauss-Kahn said: “Increasing the role of the SDR would clearly require a major leap in international policy coordination. For this reason, I expect the global reserve asset system to evolve only gradually, and along with changes in the global economy.” Strauss-Kahn’s views come a week before finance ministers from the Group of 20 developed and developing nations meet in Paris to discuss proposals by French president Nicolas Sarkozy for changes to global economic governance.