Hu calls currency system ‘product of the past’

As we watch the decline of the American dollar, it is no surprise that China is making a move towards taking over as the nation to hold the world's...

As we watch the decline of the American dollar, it is no surprise that China is making a move towards taking over as the nation to hold the world’s new reserve currency. 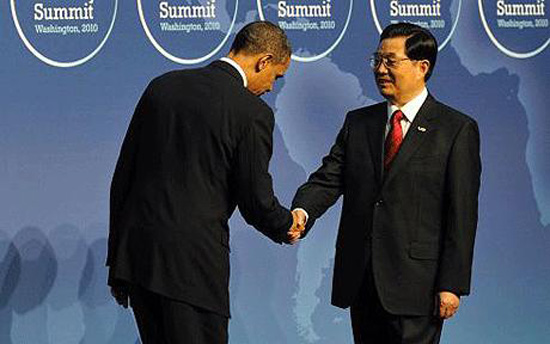 Hu’s comments, which came ahead of a state visit to Washington on Wednesday, reflected the continuing tensions over the dollar’s role as the major reserve currency in the aftermath of the US financial crisis in 2008. source: AFP

In his remarks, President Hu Jintao did provide some assurance that the dollar would not be dumped immediately, but made it very clear that China has been a major contributor to the world economy and that the process of the yuan taking over the dollar is already moving ahead.  He also voiced criticism of the Federal Reserve for trying to prop up the weakening dollar by dumping billions into the U.S. economy. The subject of international currency is expected to play a major role in talks during the Chinese President’s visit to Washington.