Hope in a Troubled World

There are so many headlines today that can shake us and have the potential to make us fearful, but we can be assured in knowing that Jesus warned that... 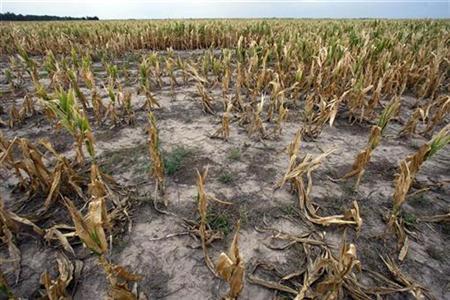 In the report, the USDA will likely add to the gloom with further details of the impact of searing drought in Argentina, one of the world's biggest exporters of soybeans and corn.
by Geoffrey Grider January 15, 2011
NOW THE END BEGINS SHARE:

And great earthquakes shall be in divers places, and famines, and pestilences; and fearful sights and great signs shall there be from heaven. Luke 21:11

And there shall be signs in the sun, and in the moon, and in the stars; and upon the earth distress of nations, with perplexity; the sea and the waves roaring; Men’s hearts failing them for fear, and for looking after those things which are coming on the earth: for the powers of heaven shall be shaken. Luke 21:25-27

The United States, long the breadbasket to the world, is expected to confirm on Wednesday that its grain stockpiles are the lowest in years, darkening hopes for any quick relief from surging global food prices.

The U.S. Department of Agriculture was expected to show in its monthly crop report a further deterioration in supplies at home, and to forecast how severe weather was hurting harvests from such powerhouses at Argentina and Australia.

Forecasts for year-end inventories of U.S. corn — used to make food, feed and fuel — were expected to fall nearly 8 percent to 10.1 billion bushels, the lowest level in a decade and a half, according to analysts’ estimates.

World grain markets have been surging on bad weather and rising demand. With this backdrop, governments around the world are increasingly worried about food inflation after the UN Food and Agriculture Organization recently said international food prices have topped the previous record set in 2008. source: Reuters

Drug-resistant malaria strain is new threat from the East

NEW DELHI: India is keeping a very close watch on a strain of malaria that has become resistant to Artemisinin — the best drug available to fight the disease. 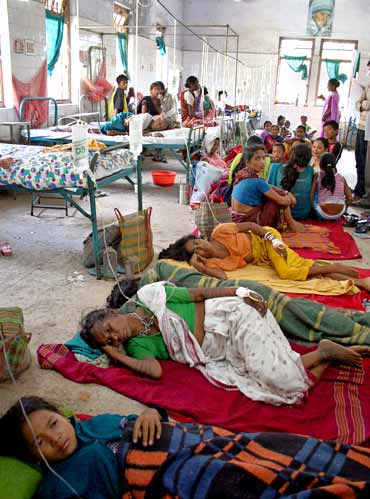 Every year, there are 250 million cases of malaria infections around the world, causing nearly one million deaths.

This major threat emerged in the villages on the Thailand-Cambodia border in 2007. Now, scientists and the World Health Organization (WHO) fear that it could spread across the world in no time putting millions of children’s lives at risk. source: The Times of India 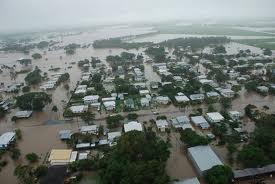 IHS Global Insight predicted yesterday that the floods would trim at least two-tenths of a percent off of Australia's projected 2011 gross domestic product.

The latest disaster is unfolding in Australia, where the northeastern state of Queensland has been inundated after a month of rain, and is proving every bit the catalyst for rising commodity prices as the 2010 floods in Pakistan and the wildfires in Russia were. Flooding in Australia has roiled Asia-Pacific markets for coal, cotton, wheat and sugar.

The heavy rains have left an indelible mark on the nation’s wheat industry, the world’s fourth-largest exporter of that crop. source: The New York Times

One year after a 7.0 earthquake reduced Haiti’s capital to rubble, killing 222,000 and leaving 1.5 million residents homeless, the country continues to suffer.

The latest assault on the Haitians is a cholera epidemic spreading through the compromised population. According to Doctors without Borders, the cholera epidemic has sent 171,300 in search of treatment and killed 3,600 as of Jan. 1. 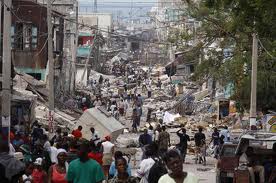 Haiti's infrastructure was virtually destroyed by the earthquake.

In addition to cholera, the million residents still living in tent cities are at risk of tuberculosis. Throughout Port-au-Prince, tents designed for two are housing groups as large as 10. Even those slightly more fortunate often live in tents no larger than 10 by 10 meters. Close quarters and unsanitary living conditions foster the spread of disease. source: Yahoo! News

There are so many headlines today that can shake us and have the potential to make us fearful, but we can be assured in knowing that Jesus warned that these things were coming upon the earth in these days. There is nothing that is happening that takes our Lord by surprise, and we can put our trust in Him. There are many terrible and scary things happening today, but we can stand on the Word of God and His promises to us, and cling to them in the midst of a troubled world.

And then shall they see the Son of man coming in a cloud with power and great glory. And when these things begin to come to pass, then look up, and lift up your heads; for your redemption draweth nigh. Luke 21:28