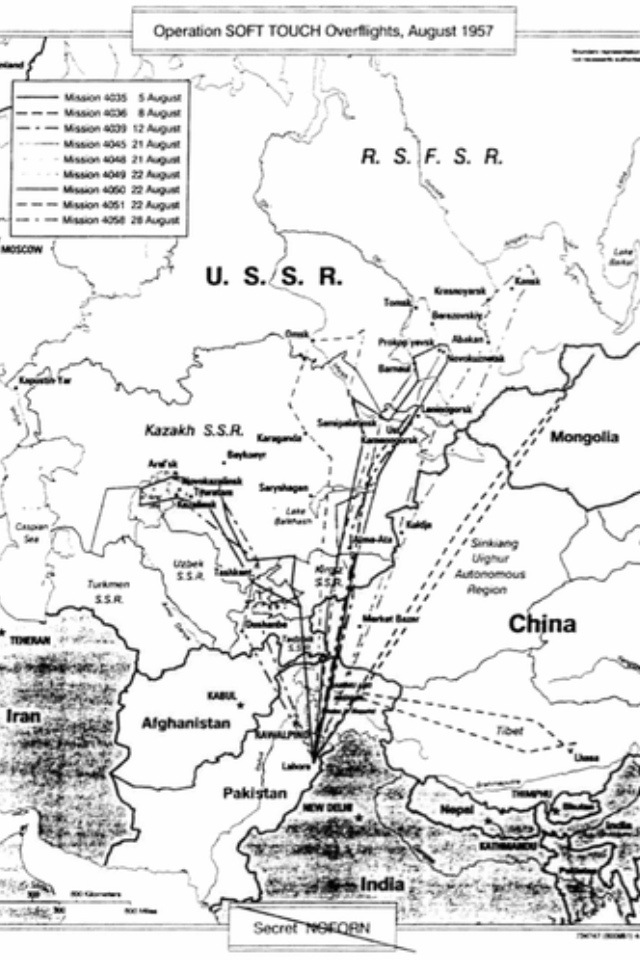 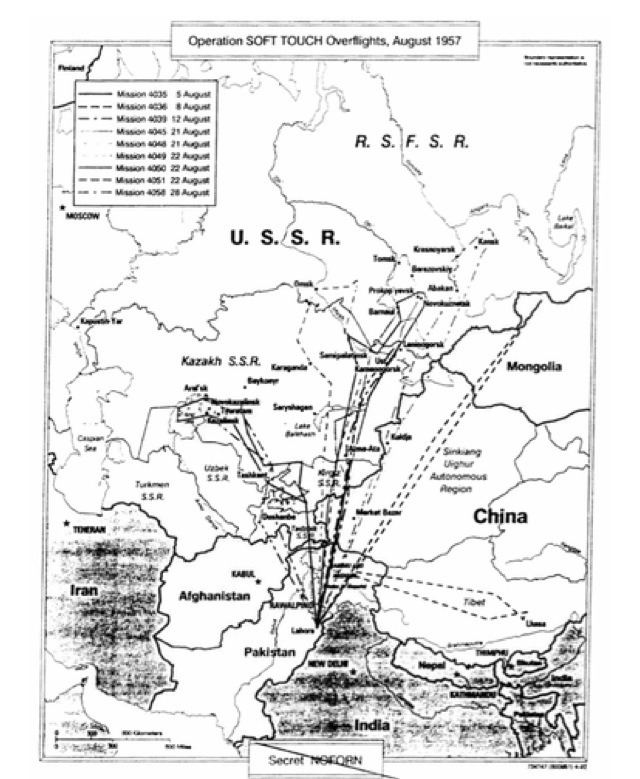 Newly declassified documents, obtained by George Washington University’s National Security Archive, appear to for the first time acknowledge the existence of Area 51. Hundreds of pages describe the genesis of the Nevada site that was home to the government’s spy plane program for decades. The documents do not, however, mention aliens.

The project started humbly. In the pre-drone era about a decade after the end of World War II, President Eisenhower signed off on a project aimed at building a high-altitude, long-range, manned aircraft that could photograph remote targets. Working together, the Air Force and Lockheed developed a craft that could hold the high-resolution cameras required for the images, a craft that became the U-2. Why “U-2”?

They decided that they could not call the project aircraft a bomber, fighter, or transport plane, and they did not want anyone to know that the new plane was for reconnaissance, so [Air Force officers] Geary and Culbertson decided that it should come under the utility aircraft category. At the time, there were only two utility aircraft on the books, a U-1 and a U-3. told Culbertson that the Lockheed CL-282 was going to be known officially as the U-2.

The next step was to find a place from which the top-secret aircraft could be flown.

On 12 April 1955 [CIA officer] Richard Bissell and Col. Osmund Ritland (the senior Air Force officer on the project staff) flew over Nevada with [Lockheed’s] Kelly Johnson in a small Beechcraft plane piloted by Lockheed’s chief test pilot, Tony LeVier. They spotted what appeared to be an airstrip by a salt flat known as Groom Lake, near the northeast corner of the Atomic Energy Commission’s (AEC) Nevada Proving Ground. After debating about landing on the old airstrip, LeVier set the plane down on the lakebed, and all four walked over to examine the strip. The facility had been used during World War II as an aerial gunnery range for Army Air Corps pilots. From the air the strip appeared to be paved, but on closer inspection it turned out to have originally been fashioned from compacted earth that had turned into ankle-deep dust after more than a decade of disuse. If LeVier had atrempted to land on the airstrip, the plane would probably have nosed over when the wheels sank into the loose soil, killing or injuring all of the key figures in the U-2 project.
That’s the first acknowledged mention of the Groom Lake site, according to Chris Pocock, a British author who’s written extensively about the program and provided his thoughts to the GWU archive. Nor, it seems, has the low-contrast image that accompanies that section been seen. source – Atlantic Wire