The Ultra-Lethal Secret ‘Black’ Drones Being Built At Area 51

The Pentagon has openly funded work on unmanned combat aircraft, including Northrop Grumman’s X-47, a diamond-shaped drone that can take off and land from aircraft carriers. But aerospace watchers... 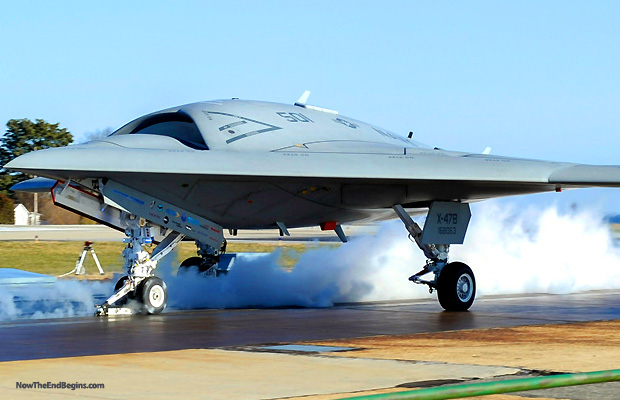 The Future Of Drones From The Defense Advanced Research Projects Agency

In 13 short years, killer drones have gone from being exotic military technology featured primarily in the pages of specialized aviation magazines to a phenomenon of popular culture, splashed across daily newspapers and fictionalized in film and television, including the new season of “24.”

Satellite pictures emerged showing new construction at Area 51, the Pentagon’s top-secret testing area in the Nevada desert. Veteran watchers of “black,” or secret, aircraft, immediately suspected that the Pentagon was preparing to test a new secret aircraft, and the most likely candidate was a stealth drone.

What has not changed all that much — at least superficially — is the basic aircraft that most people associate with drone warfare: the armed Predator. The Predator, with its distinctive bubble near the nose and sensor ball underneath, is the iconic image of drone warfare, an aircraft that grew out of 1980’s work supported by the Pentagon’s future-thinking Defense Advanced Research Projects Agency.

Originally developed to perform surveillance, the CIA added Hellfire missiles and began using the Predator to hunt down members of the Taliban and al Qaeda after the US invasion of Afghanistan in 2001. Though the CIA and Air Force now fly an updated version of the Predator — named Reaper — the drone is still relatively easy to detect, and easy to shoot down, at least for a country with a modern military.

Under development  is a new generation of drones that will be able to penetrate the air defenses of even sophisticated nations, spotting nuclear facilities, and tracking down — and possibly killing — terrorist leaders, silently from high altitudes. These drones will be fast, stealthy and survivable, designed to sneak in and out of a country without ever being spotted.

In 2007, satellite pictures emerged showing new construction at Area 51, the Pentagon’s top-secret testing area in the Nevada desert. Veteran watchers of “black,” or secret, aircraft, immediately suspected that the Pentagon was preparing to test a new secret aircraft, and the most likely candidate was a stealth drone. 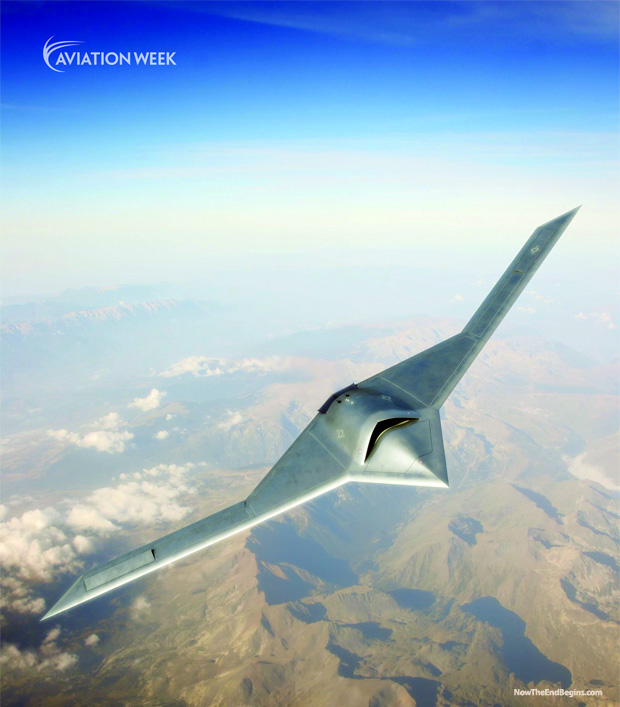 The RQ-180 High Altitude drone under construction at Area 51

Now, two unmanned spy drones are under development. One that appears almost ready for combat is the RQ-180, a stealthy spy drone built by Northrop Grumman. Though the Pentagon refuses to confirm its existence, Aviation Week & Space Technology ran this artist’s concept earlier this year and revealed a little about its rumored design.

The RQ-180 is designed to fly very high, for a very long time (perhaps as long as 24 hours). According to Aviation Week, it has a 130-foot wing span and a “cranked kite” stealthy design that would allow it to slip past enemy radar. Chances are it will only be used for surveillance, not attack, though it could carry out an electronic attack.

Another, recently revealed project is a high-altitude drone being developed by Lockheed Martin that can travel up to six times of the speed of sound. The drone would be both a spy and strike aircraft, according to Lockheed. But the SR-72, as Lockheed is calling the twin-engine aircraft, wouldn’t be ready to fly until 2030.

The original Predator was essentially a surveillance aircraft that was turned into an armed drone, so any future replacement aircraft would likely look very different. The Pentagon has openly funded work on unmanned combat aircraft, including Northrop Grumman’s X-47, a diamond-shaped drone that can take off and land from aircraft carriers. But aerospace watchers have long presumed that these programs are hiding even more secretive work. source – NY Post