The day of America tampering with God's holy institution of marriage is over. The judgments are now instantaneous! The very location of the signing is going to be... 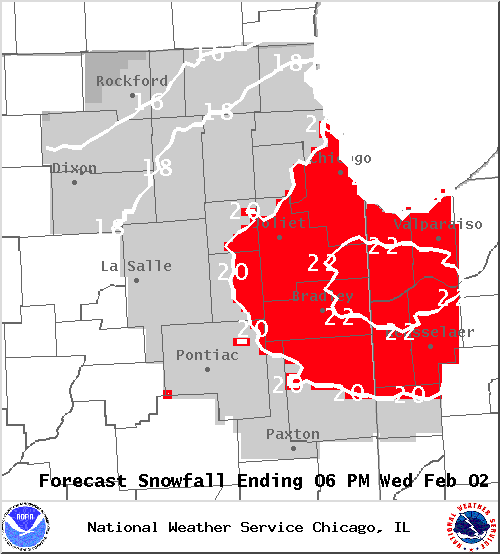 by Geoffrey Grider January 31, 2011
NOW THE END BEGINS SHARE:
written by Dr. John McTernan Psalm 148:8 Fire, and hail; snow, and vapour; stormy wind fulfilling his word:
America is once again tampering with marriage, and the LORD is responding from on high by timing a record breaking blizzard to strike the very location of this rebellion against His holiness! Only the LORD could time the blizzard with the rebellion!
Illinois Gov. Signs Historic Civil Unions Law 01/31/11 “CHICAGO — Illinois Gov. Pat Quinn has signed a bill legalizing civil unions for gay and lesbian couples.” “The measure gives gay and lesbian couples official recognition from the state and many of the rights that accompany traditional marriage. That includes the power to decide medical treatment for an ailing partner and the right to inherit a partner’s property.”

Notice how the worst of the storm is focusing on Chicago the day sodomite unions were legalized in the state! Today, the law was signed in Chicago! The very location of the signing is the location of a record breaking blizzard! What a warning from the Holy God of Israel.

Storm could be one for the record books 01/31/11 “Chicago meteorologists plan to bring cots and a change of clothes to work this week as a massive blizzard is expected to dump up to 20 inches of snow starting Tuesday. A blizzard watch will be in effect starting Tuesday afternoon through Wednesday afternoon for all of northeastern Illinois, according to the National Weather Service.”
The following two articles were touching each other on the front page of the Chicago Sun-Times
‘Life-threatening’ blizzard on its way to Chicago area 01/31/11 “A major blizzard the National Weather Service is calling “life-threatening” is on its way to the Chicago area, also bringing along strong winds that could send 18-foot Lake Michigan waves onto Lake Shore Drive Tuesday night into early Wednesday.”
Gov. Quinn signs civil union bill into law 01/31/11 “Gov. Quinn on Monday signed a bill legalizing civil unions for gay and lesbian couples. “Here we are in 2011 on the eve of Abraham Lincoln’s 202nd birthday and I think this is very special,” Quinn said as 20 politicians joined him on stage and hundreds of supporters packed a hall in the Chicago Cultural Center. “We believe in civil rights and we believe in civil unions.”
The day of America tampering with God’s holy institution of marriage is over. The judgments are now instantaneous!  The very location of the signing is going to be the center of a fierce blizzard. The church will not defend God’s sacred institution of marriage, so the Holy God of Israel is stepping into the gap with judgments.
I can see the snow covering all those pastors and Christians hiding in the tall grass that are so fearful of being criticized as “homophobes”. They fear man without the slightest fear of God.
Proverbs 29:25 The fear of man bringeth a snare: but whoso putteth his trust in the LORD shall be safe.