To put it mildly, scientists around the world are baffled and flocking to a remote region in Russia to investigate why an enormous hole hundreds of feet deep has... 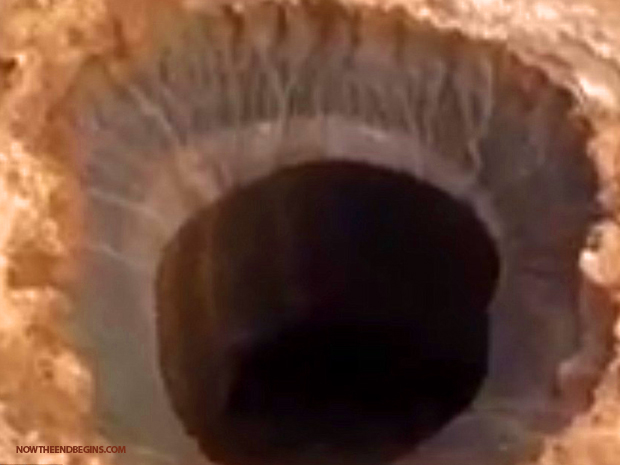 To put it mildly, scientists around the world are baffled and flocking to a remote region in Russia to investigate why an enormous hole hundreds of feet deep has suddenly appeared in the Yamal Peninsula region of northern Russia by Siberia. To further cause excitement, the name ‘Yamal’ translates out to mean “the end of the world”.

An urgent expedition will leaves tomorrow to probe a giant crater that has appeared in gas-rich northern Siberia. Extraordinary aerial images show a mysterious hole which experts say may be up to 262 feet wide, in the Yamal Peninsula of northern Russia.

‘A scientific team has been sent to investigate the hole and is due to arrive at the scene on Wednesday,’ The Siberian Times has reported. The cause of the hole’s sudden appearance in Yamal – which translates as ‘the end of the world’ – in the far north of Siberia is not yet known.