Egypt Radio Warns- ‘Camp David Accord is Over’

A leader of Egypt's secular opposition declared Sunday that the country's 30-year peace treaty with Israel was "over", despite assurances by the new military rulers that it would honor... 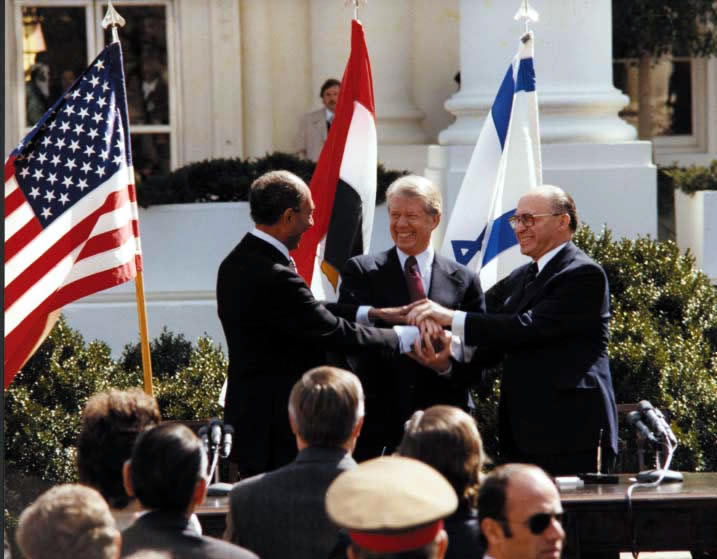 Benjamin Netanyahu welcomed the Egyptian military’s pledge to honor the 1979 Peace Treaty with Israel, but not everyone believes that the agreements should be upheld. If the leader of Egypt’s secular Tomorrow Party gets his way, the treaty will be scrapped, echoing similar calls by the Muslim Brotherhood.

“A leader of Egypt’s secular opposition declared Sunday that the country’s 30-year peace treaty with Israel was “over”, despite assurances by the new military rulers that it would honor the accord in the wake of President Hosni Mubarak’s resignation.

“The Camp David accord is over,” Dr. Ayman Nour, leader of the Tomorrow Party who is planning to seek candidacy in the Egyptian presidential elections, told Egyptian radio.”  source: Haaretz 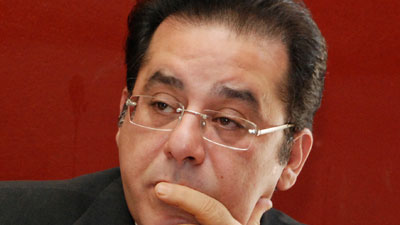 Ayman Nour was arrested and imprisoned for nearly three years under Mubarak’s rule, and was suddenly released in 2009. The Council on Foreign relations paints Mr. Nour’s release from prison as a sort of good will gesture to President Obama, though it was mainly Europe that was calling for him to be set free. Nour is viewed as being closely aligned with Britain.

From the Council on Foreign Relations website: “On February 18, 2009, Egypt’s government released Ayman Nour, the most prominent of Egypt’s jailed pro-democracy dissidents, after for than three years in prison in what was widely regarded as an effort to improve relations with the new administration of President Barack Obama. Nour told the AP that he had no warning about his release, nor could he explain the timing. “Why they did this is unknown,” the AP quoted him as saying.”

Ayman Nour took a central role is the protests that led to Mubarak’s fall, and he is moving ahead with a candidacy for President of Egypt in upcoming elections. The Tomorrow party was established as a liberal democratic party, with a focus on human rights issues and political reform. The threat to Peace Accords comes as somewhat of a surprise to Israel, especially coming from the leader of a non-Islamic party. Dr. Nour conceded that the peace agreement with Israel has been beneficial over the last 30 years, but that it is no longer relevant as Egypt moves ahead into a new era. In his view, the treaty is not just, and it does not suit Egypt’s best interests.

“Egypt’s rights in the Camp David agreement are very modest,” Nour said. “Egypt will act with total equity towards all sides that want a just peace in the region.”

“In practice, the Camp David agreement [of 1979, in which then-President Anwar Sadat made peace with Israel – ed.] has ended,” Dr. Nour told an interviewer on Sunday, “because it is an old agreement, and we must improve its conditions in a way that will correspond to Egypt’s interests.”  source: Israel National News