Apparently Coca-Cola thought that allegedly illegally laundering money through the Grocery Manufacturers’ Association would keep their involvement a secret.... 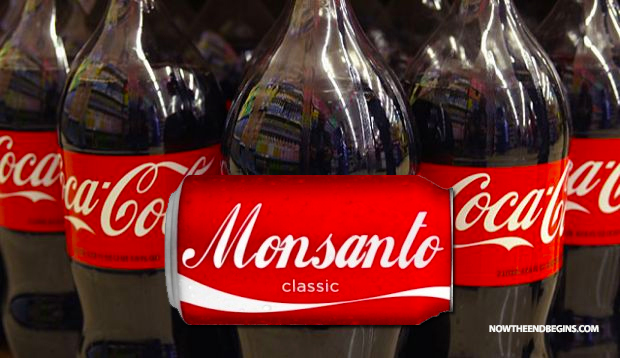 Coca-Cola has been having a rough time. The company owns Honest Tea, Odwalla, Powerade, Vitamin Water, Simply Orange, and other products marketed to health-conscious consumers. But it is best known for making Coke, a product that is utterly devoid of nutritional value and is often blamed for contributing to the obesity epidemic — an epidemic that is costing hundreds of billions of dollars and causing hundreds of thousands of deaths each year.

With demand for the company’s carbonated and artificially flavored sugar water declining, hope for Coca-Cola’s profitability has been increasingly resting on the brands it markets as healthier alternatives. Bloomberg.com reports that sales of Coca-Cola-owned brands like Honest Tea, Powerade, and Simply Orange are the company’s new profit center.

But there’s a problem.

In October, campaign finance reports revealed that Coca-Cola had secretly contributed more than a million dollars to the fight against GMO labeling in Washington. It took the state’s Attorney General suing the Grocery Manufacturers’ Association (GMA) for what turned out to be an $11 million violation of the state’s campaign finance laws to reveal these secret contributions. But now that the truth has been exposed, some healthy food activists are fighting back.

Andrew Kimbrell, founder of the Center for Food Safety, comments:

Consumers of healthy beverages want to know what’s in their food. By using money from sales of natural brands to secretly fund an anti-choice agenda that deprives consumers of the right to know what they’re eating, Coca-Cola has been betraying the public interest and standing on the wrong side of history.

We at the Food Revolution Network agree. And we have launched a petition on Change.org that calls for Coca-Cola to stop funding anti GMO labeling campaigns. Check out and sign the petition here.Coca-Cola’s CEO, Muhtar Kent, says, “We have… provided a tremendous amount of choice to people.” But when it comes to the right to know if your food was genetically engineered, Coca-Cola would apparently like to keep you in the dark. According to reports, Honest Tea co-founder Seth Goldman said as recently as September that “after internal discussions,” Coca-Cola wouldn’t be “directly” funding efforts to defeat I-522. Apparently Coca-Cola thought that allegedly illegally laundering money through the Grocery Manufacturers’ Association would keep their involvement a secret.Honest Tea doesn’t look quite so honest when it’s being used to put an organic face on an alleged money laundering scheme whose goal is keeping you from knowing if your food is genetically engineered.And what makes matters worse, Honest Tea proudly proclaims throughout their website that they are GMO free — while their parent company is actively working to prevent GMO labeling.

I wrote Coca-Cola asking if they intended to continue funding anti GMO labeling campaigns. The company’s response was to repeat the anti-labeling lobby’s talking points. They told me that Washington’s labeling initiative, I-522, would: “Require tens of thousands of common food and beverage products to be relabeled exclusively for Washington State unless they are remade with higher-priced, specially developed ingredients. The measure will increase grocery costs for a typical Washington family by hundreds of dollars per year.”

These are charges that the nine-time Pulitzer Prize winning newspaper The Seattle Times called “mostly false” and that Consumers Union, publisher of Consumer Reports, flatly rejected. In short, Coca-Cola not only tried to hide their contributions to the anti-labeling efforts in Washington, but they continue to try to deceive people about the actual realities of GMO labeling.

And they’re using sales of Honest Tea, Odwalla, Powerade, Vitamin Water, Simply Orange, and all their other brands, to finance their agenda.