A contractor the state hired began removing the monument around 10:30 p.m. Monday. Its removal comes after the Oklahoma Supreme Court determined the Ten Commandments display violates a constitutional... 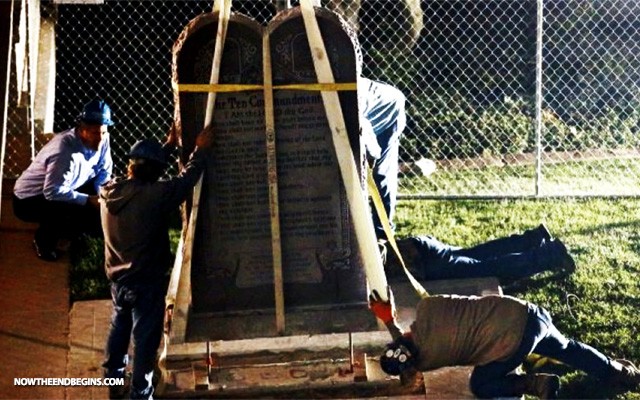 Workers have started to remove a granite monument of the Ten Commandments from the Oklahoma Capitol grounds.
by Geoffrey Grider October 6, 2015
NOW THE END BEGINS SHARE:

“If the foundations be destroyed, what can the righteous do?” Psalm 11:3 (KJV)

EDITOR’S NOTE: Did you ever think that you would live long enough to see a post-Christian America? Well, guess what? You have. Did you ever think you would live long enough to see a post-American America? You’ve done that, too. No prayer or Bibles allowed in schools, Christian bakers forced to make gay wedding cakes, and now no more Ten Commandments in our nations courthouses. Christians and Christianity are being purged at a record pace. Welcome to Obama’s America: multicultural, pagan and Sharia compliant.

A contractor the state hired began removing the monument around 10:30 p.m. Monday. Its removal comes after the Oklahoma Supreme Court determined the Ten Commandments display violates a constitutional prohibition on the use of public property to support a “system of religion.”

Workers have removed a granite monument of the Ten Commandments from the Oklahoma Capitol grounds.

Office of Management and Enterprise Services spokesman John Estus said the state is paying the contractor $4,700 to remove the six-foot-tall sculpture.

Estus said the monument will be taken to a private conservative think tank, the Oklahoma Council of Public Affairs, which has agreed to store it.

Estus said the decision to remove the monument at night was to minimize the distraction to workers in the building and to prevent public demonstrations. source

Something like this would not have been possible 10 years, or even 6 years ago. But with the emergence of Barack Obama in the White House, a dark and sinister spirit has settled in over America. Rising lawlessness, increased crime, increased inflation, record numbers of abortions, record number of mass shootings, rise in poverty, the past 5 years have seen America rapidly spiraling down. 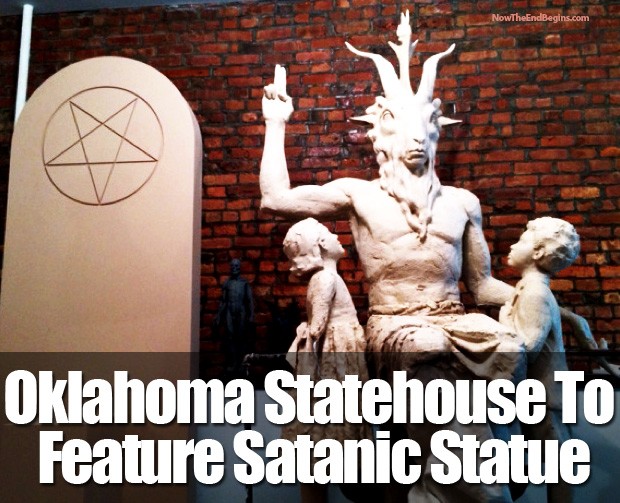 Has God withdrawn His hand of protection from our nation?