The 10 Suggestions. Weeks after we all have been shaken by the news of the Wycliff Bible's "updated" version of the God's Word, we are again seeing another apostasy... 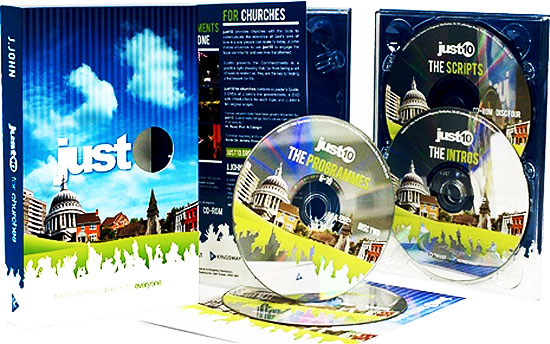 The Laodicean church has reduced the Ten Commandments to the Ten Suggestions.
by Geoffrey Grider March 6, 2012
NOW THE END BEGINS SHARE:

An updated version of the Ten Commandments?

Greetings from the church of Laodicea: Weeks after we all have been shaken by the news of the Wycliff Bible’s “updated” version of the God’s Word, we are again seeing another apostasy rising to full bloom. God’s very own words which He Himself commanded not to be changed are now being “updated” and preached by hundreds of churches across Great Britain.

The Laodicean church has reduced the Ten Commandments to the Ten Suggestions.

From the Telegraph – The religious rules, which Christians believe were etched onto tablets by God and given to Moses, have been modified to use up-to-date language and principles. Inspired by last year’s riots, the new vows include “manage your anger”, “know God” and “catch your breath” and are understood to be used in more than 600 churches in Britain.

The original “thou shalt not steal” has become “prosper with a clear conscience”, and the lengthy “thou shalt not take the name of the Lord thy God in vain” becomes “take God seriously”.

The commandments, designed by popular evangelical preacher J John, have been praised by religious leaders for bringing practical advice to modern congregations.

Using short, simple language interspersed with slang, the new rules have now been released on a DVD called “Just 10 for churches”, aimed at providing guidance.

“Thou shalt not commit adultery” have been edited to “affair-proof your relationships”, and “honour thy father and thy mother” has altered to “keep the peace with your parents”.

J John claims his commandments enable “everyone to understand God’s timeless principles on how we should live” and said he was inspired to write them by last summer’s riots.

He said: “Along with a lot of people I think about the way that we live nowadays and what leads people to do the sort of things that happened in the riots – whether or not we have forgotten something about a good way of living.”

The Reverend Paul Roberts, 54, vicar of St John the Evangelist in Old Coulsdon, Surrey, which dates back to 1210 AD, is among those using the new commandments.

He said: “It’s basically a way of presenting the Ten Commandments to help people connect with them in a positive way. “Rather than just seeing them as a list of things you shouldn’t do, it is meant to help people live as God intended for our good.

“Unlike the dos and don’ts most people imagine when quizzed about the maker’s instructions, the message is meant to be both a challenge and an encouragement.”

“People now see these commandments not as a set of rules but as a template for living so that we experience God’s best for our lives.

“All ten commandments were extremely challenging, especially as the series helped us see them in the context of modern day living.

“People keep telling me how just10 has made them think much more about how they live their lives and also how much they have learnt about the commandments as they found out things they never knew before.”

“A modern take for a modern audience…”

Steve Jenkins, spokesman for the Church of England, said they supported new ways of communicating and added: “The Book Of Common Prayer is very clear that the faith needs to be taught afresh in every generation.”

Even former Conservative Shadow Home Secretary Ann Widdecombe, who left the Church of England after objecting to women priests, has backed J John’s rules. “I’d say it’s not a patch on Moses but not a bad set of rules really,” she said.

“What he’s trying to do is offer a modern take on the original to explain it to a modern audience, which is fine as long as he doesn’t dispense with the original.”