China Building Electromagnetic Pulse Weapons For Use Against US Naval Carriers

China's military is developing electromagnetic pulse weapons that Beijing plans to use against U.S. aircraft carriers in any future conflict over Taiwan, according to an intelligence report made public... 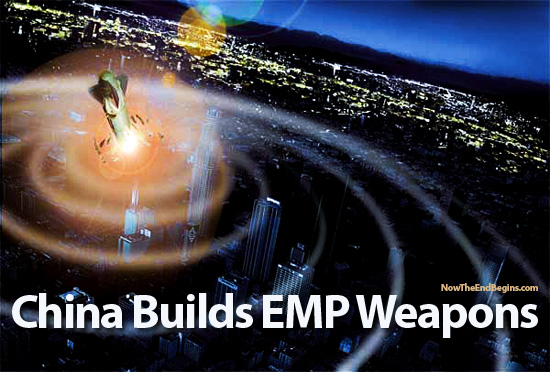 China’s [high-altitude] EMP capability could be used in two different ways: as a surprise measure after China’s initial strike against Taiwan and other U.S. [aircraft carrier strike group] assets have moved into a vulnerable position, and as a bluff intended to dissuade the United States from defending Taiwan with a CVBG, the Pentagon acronym for carrier strike groups.
by Geoffrey Grider July 22, 2011
NOW THE END BEGINS SHARE:

China’s military is developing electromagnetic pulse weapons that Beijing plans to use against U.S. aircraft carriers in any future conflict over Taiwan, according to an intelligence report made public on Thursday.

EMP weapons mimic the gamma-ray pulse caused by a nuclear blast that knocks out all electronics, including computers and automobiles, over wide areas. The phenomenon was discovered in 1962 after an aboveground nuclear test in the Pacific disabled electronics in Hawaii.

The declassified intelligence report, obtained by the private National Security Archive, provides details on China’s EMP weapons and plans for their use. Annual Pentagon reports on China’s military in the past made only passing references to the arms.

“For use against Taiwan, China could detonate at a much lower altitude (30 to 40 kilometers) … to confine the EMP effects to Taiwan and its immediate vicinity and minimize damage to electronics on the mainland,” the report said.

The report, produced in 2005 and once labeled “secret,” stated that Chinese military writings have discussed building low-yield EMP warheads, but “it is not known whether [the Chinese] have actually done so.” source – Washington Times