Beijing police on Sunday detained dozens of worshippers from an unapproved Christian church who were trying to hold services in a public space after they were evicted from their... 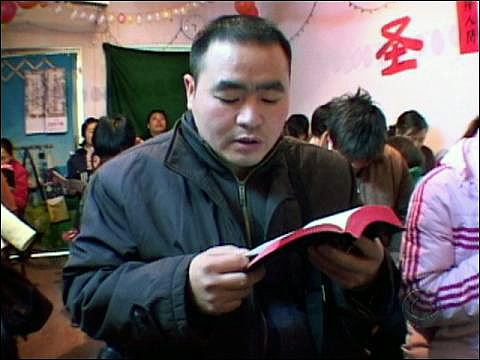 Just like 1st Century Christianity, and just as dangerous

BEIJING (AP) – Beijing police on Sunday detained dozens of worshippers from an unapproved Christian church who were trying to hold services in a public space after they were evicted from their usual place of worship, a parishioner said.

Being a Christian in China is like being a 1st Century believer under constant threat from Rome.

Leaders of the unregistered Shouwang church had told members to gather at an open-air venue in Beijing for Sunday morning services, but police, apparently alerted to their plans, taped off the area and took away people who showed up to take part. China’s Communist government allows worship only in state-approved churches, but many Christians belong to unregistered congregations. Such “house churches” are subjected to varying degrees of harassment by authorities.

More than 60 million Christians are believed to worship in China’s independent churches, compared with about 20 million who worship in the state church, according to scholars and church activists.  A church member who went to the gathering spot for services and managed to evade police told The Associated Press that about 200 people were taken away and were being held at a local school. Their cellphones were confiscated, said the man, who would give only his English name, Kane, for fear of police reprisals.

An AP videographer saw about a dozen people escorted by police onto an empty city bus and driven away. Shouwang pastor Yuan Ling said by telephone that he was unable to go to the venue because police had put him under house arrest Saturday night. Yuan said he knew of at least six other church members who were also under house arrest. Yuan said fellow parishioners also told him that many worshippers were being held at a school in Beijing’s Haidian district, though he wasn’t sure of the exact number. Shouwang had been holding services at a Beijing restaurant until last week, when they were evicted. source – My Way News