British MPs’ overwhelming 274-12 vote to urge their government to recognize a Palestinian state is no diplomatic earthquake. But it is certainly a tremor — and it could expand... 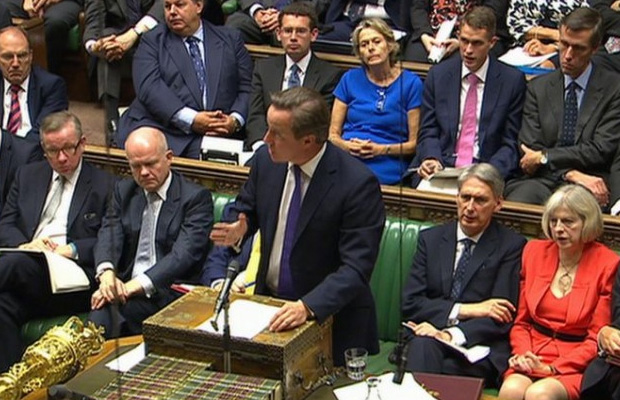 Miliband, who voted in favor of Monday’s motion, could enshrine recognition of a Palestinian state as official government policy

British MPs’ overwhelming 274-12 vote to urge their government to recognize a Palestinian state is no diplomatic earthquake. But it is certainly a tremor — and it could expand into a major fault that makes it increasingly difficult for Israel to argue against such unilateral moves.

British Prime Minister David Cameron (front, center) speaks during a debate in the Houses of Parliament

The House of Common’s vote — urging David Cameron’s government to “recognise the state of Palestine alongside the state of Israel, as a contribution to securing a negotiated two state solution” — will not change official British policy vis-à-vis the Israeli-Palestinian conflict.

The issue will likely be discussed in the press for a few days, pro-Palestinian activists will celebrate their victory as an important affirmation of an idea whose time has come, and Israeli officials will condemn the move as premature and unhelpful. But there will be little if any immediate concrete diplomatic fall-out.