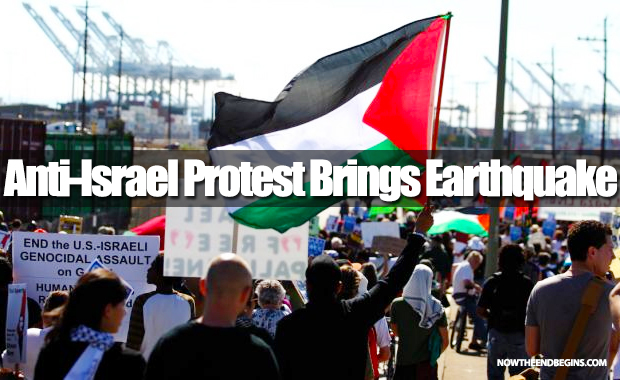 On August 18, 2014, Pro-Palestinian protesters prevent an Israeli-owned commercial vessel from docking at the port of Oakland over the weekend, forcing the ship to remain at sea.

Thousands of activists carried signs reading “Gaza will be free,” “Boycott. Divest, Sanction” and “Resist Zionism and Imperialism” rallied at the port entrance, forcing the Zim Integrated Shipping Services vessel, identified as the Pireus, to remain off the California coast. 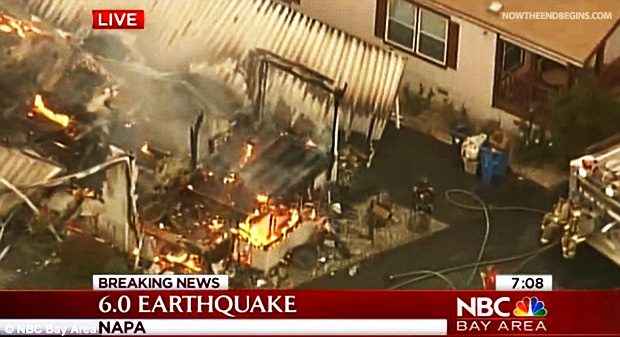 On August 24, 2014, a massive 6.0 earthquake erupted in Northern California. 120 people had to be treated at the local Emergency Room and dozens of houses were decimated. The shaking was felt as far off as Salinas, almost 120 miles away, and the United States Geological Survey estimated that economic losses could be up to $1 billion.

The bible clearly declares in Genesis 12 that all those who would bless Israel will be blessed by God, and all those who would seek to curse her would have that same curse come down upon them. Now you know what God thinks of the “Free Gaza” anti-Israel boat blocking campaign.