An Air France in-flight map omits Israel, according to a passenger who sent a photo to the Facebook page of the pro-Israel organization StandWithUs.... 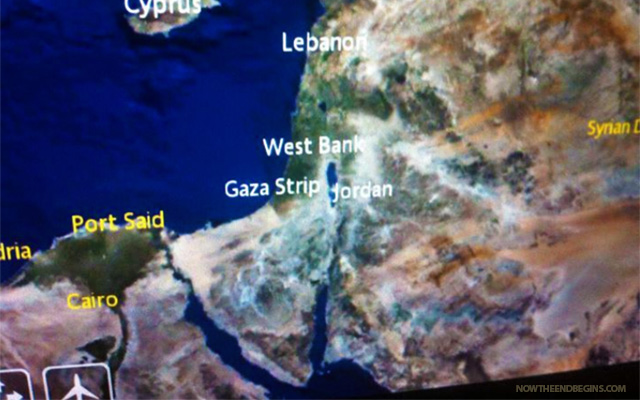 An Air France in-flight map omits Israel, according to a passenger who sent a photo to the Facebook page of the pro-Israel organization StandWithUs.

In the photo of the map, there were only indicators of where the West Bank and the Gaza strip are. Since posting that photo, other members of the Facebook page have started posting their own photos, taken on Air France flights, of the in-flight maps sans Israel.

In a letter to Air France chairman and CEO, Frédéric Gagey, the Simon Wiesenthal Center director for international Relations, Dr. Shimon Samuels, noted that, “French members of our center have sent us reportedly captured shots from the English and French language of an Air France flight-path, taken last week between New York and Paris, and the locations ‘Israel’ and ‘Tel Aviv’ are glaringly absent.”

The letter noted that, “We are asked whether Air France has succumbed to the BDS [Boycott, Divestment, Sanctions] campaign to delegitimize the Jewish State by literally wiping it off the map?”

Air France issued an apology, saying they “deeply regret this incident, due to a map scale and display problem which is currently being resolved.”

In 2009, British Midland International Airlines, a subset of of British Airways, apologized for omitting Israel from their in-flight maps, also attributed the mistake to a technical error. source