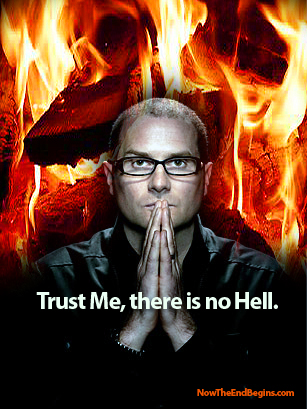 RELATED STORY: Rob Bell Says ‘There Is No Hell’

Controversial faith leader Rob Bell spoke over the weekend at Grace Cathedral in San Francisco, Calif., where the former pastor openly endorsed gay marriage. When asked about the controversial issue by The Very Rev. Dr. Jane Shaw, who was moderating the event, he offered up a clear and concise response – one that will serve as a surprise to many conservative evangelicals.

Bell also addressed the political association that is generally attached to American Christians. Rather than embracing the notion that most believers are conservative in nature, he said that dynamic no longer holds true.

“I think we are witnessing the death of a particular subculture that doesn’t work. I think there is a very narrow, politically intertwined, culturally ghettoized, Evangelical subculture that was told ‘we’re gonna change the thin’ and they haven’t,” Bell said. “And they actually have turned away lots of people. And i think that when you’re in a part of a subculture that is dying, you make a lot more noise because it’s very painful. You sort of die or you adapt.”

The pastor and author went on to say that some of the methods that Christians have used to discuss God have not been inclusive and have done little to bring people into the fold. He even called some policies that Christians have embraced “destructive” and he called for believers to “repent.”

News of Bell’s gay marriage endorsement was reported on Greg Carey’s HuffPo blog. Carey is a professor of New Testament studies at Lancaster Theological Seminary. In writing about Bell’s shocking claim, he said,

“To my knowledge, Bell’s interview marks the first time that he has openly supported marriage equality and perhaps the first time he has definitively separated himself from politically conservative evangelicalism.”

This won’t be the first time that the pastor makes headlines, though. In March 2011, we reported Bell’s questioning of hell. In September of that same year, Bell announced that he was stepping down from his pastoral position at Mars Hill Church in Grandville, Mich.

The announcement about Bell’s gay marriage views comes as Hillary Clinton made a similar public proclamation on Monday. In January, Steve Chalke, senior pastor at Oasis Church in the UK, also endorsed same-sex marriage, sending shock-waves through the evangelical community. source – The Blaze