The White House, Capitol building, and Washington Monument form the “Federal Triangle” which mirrors on the ground, Arcturus, Spica, and Regulus in the sky – three stars that bracket Virgo. In Washington D.C. there are 22 full zodiacs secreted into the architecture, most of them highlighting Virgo. This is the highest concentration of zodiacal art/symbology in the world, compared with only 4 in London for example.

If you see D.C. from an aerial view, you may be shocked to find things like an iron cross (used by Hitler), the Star of David (used by the Rothschilds), an upside down (satanic) pentagram pointing to the White House, and even a pyramid with a huge owl sitting atop at the Capitol building.

The New World Order very much needs to constantly remind us how deeply they are embedded in our society, and have been for centuries. America was founded on July 4th, 1776, but the Illuminati was founded 2 months earlier on May 1, 1776 by Adam Weishaupt. Over the last 3 centuries, the two have existed side by side, with the common link between them being Freemasonry. Most of the founding fathers were freemasons.

This is why downtown Washington DC contains a wide assortment of buildings, statues and symbols pointing you to the occult, why the all-seeing eye is on the dollar bill, and why the city itself is laid out in an exact formation with the pyramids in Egypt on something called Ley Lines. When you get past the hot dogs, apple pie and baseball, this is the real America. So as you watch the incredible theater being played out in front of us right now in real-time, just remember these are roots of all those people who are doing and saying all these wacky things that don’t seem to make any sense. It all makes tons of sense of you know who they really are. They are showing you who they are, believe them.

FROM THE ATLANTEAN CONSPIRACY: During the 1790’s French Freemason Pierre L’Enfant designed the street plan and architectural layout of Washington D.C. to include many occult talismans. If you see D.C. from an aerial view, you may be shocked to find things like an iron cross (used by Hitler), the Star of David (used by the Rothschilds), an upside down (satanic) pentagram pointing to the White House, and even a pyramid with a huge owl sitting atop at the Capitol building.

The Egyptian hieroglyph for the Illuminati Goddess Isis/Sirius is a star, an oval, and an obelisk all drawn together. In Washington D.C. there just happens to be the Washington Monument obelisk, the Oval office, and a pentagram encoded in the streets/architecture.

“The Egyptian hierogram for the star Sirius consists of three shapes: a five-pointed star, an oval, and an obelisk. Amazingly, this is just what we find in stone in Washington D.C. The entire city is dedicated astromantically to the star Sirius and its occult deities. Astrology is good enough for the ruling Plutocrats it seems. Pity that when the ordinary person seeks to use the divination arts for their own personal physical and spiritual empowerment, they are considered freaks and devil-worshippers.” -David Ovason, “Secret Architecture of Our Nation’s Capitol” 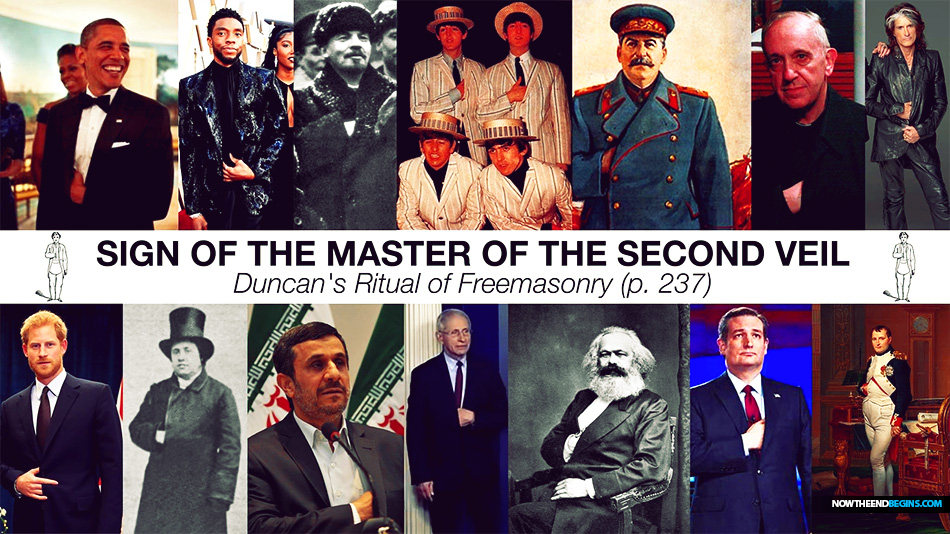 In Washington DC we have the phallic “Monument” facing the female “Oval” office, plus the pentagon and L’Enfant’s pentagrams. In Paris we find “Cleopatra’s Needle” another obelisk in front of the Notre Dame (“Virgin” Mary’s) Cathedral. The Vatican has another masculine obelisk surrounded by a feminine circular building structure. In London, New York, and many other places you will find the same. The Brotherhood has placed their sexual architecture at key geomantic points all over the Earth.

They also keep the secrets of ancient ley lines and continue building along them. For instance the cities of Boston, New York, Philadelphia, Baltimore, and Washington D.C. are all on a perfect diagonal that continues down to Teohitican and all the way up to Stonehenge, Troy, and Baalbak. London to Giza and Paris to Dendera are almost equidistant parallel lines as well. This geomantic knowledge was understood and kept hidden by ancient builders/Masons and remains that way today.

“Has anyone ever asked themselves why a war memorial nearly always has to be an obelisk? And why do you think the Washington monument in the centre of Washington DC is a giant obelisk? Because obelisks, like all these symbols and geometrical shapes, generate the energy they represent. What a symbol is built to represent is the energy it will generate, because symbols are a physical manifestation of the thoughts which create them. These guys don’t put their symbols everywhere just for fun. They do it because it helps to resonate the energy field to the vibrational frequency they want. In turn, this affects the thoughts and feelings of the people.” -David Icke, “The Biggest Secret” (136)

The bills may say “In God We Trust”, but the many arcane symbols that swirl around it let you know that it’s not the God of the bible they are referring to.

The Masons are very familiar with astrology, astronomy and astrotheology. They align all important commemorations, dedications, declarations, ground-breakings, grand-openings, and other events to coincide with astrological phenomena.

In the years following the Revolution, the Masonic fraternities held ceremonial layings for such new enterprises as bridges, locks, universities, government buildings, statehouses, memorials, and even churches. Such buildings were aligned with the stars, and with the spiritual beings who ruled the stars … Although a survey of the foundation charts used in the early phase of the building of Washington, D.C. reveals the importance of astrology, and, indeed, confirms beyond doubt that astrology played an important role in the early Masonic rites, the rationale of astrology was rarely discussed openly, even in Masonic documents. Knowledge of the stars – insofar as they were understood in Masonic circles – was preserved as secrets best left to those with specialist knowledge of such things.” -David Ovason, “Secret Architecture of our Nation’s Capital” (124)

August 7, 1880 at precisely 10:59am the cornerstone of the Washington Monument obelisk was laid just as the Sun passed over Sirius. The day the foundation stone for the White House was laid, around noon the Moon entered the same 23rd degree of Virgo as the Dragon’s Head node. On the morning of September 18th, 1793, the Sun was also passing through this degree of Virgo when the Capitol building was founded. When the Library of Congress was founded the Sun and Saturn were in conjunction in Virgo. And when the Scottish Rite Freemason “House of the Temple” cornerstone was laid on October 18th, 1911, the Moon and Venus were conjunct in Virgo.

“The chances of the correspondence being mere coincidence are so remote that we must assume that whoever was directing the planning of Washington, D.C., not only had a considerable knowledge of astrology, but had a vested interest in emphasizing the role of the sign Virgo … Time and time again we shall see that a knowledge of the stars played an important part in every stage of the creative phases in the construction of the city.” -David Ovason, “Secret Architecture of our Nation’s Capital” (65-6)

The White House, Capitol building, and Washington Monument form the “Federal Triangle” which mirrors on the ground, Arcturus, Spica, and Regulus in the sky – three stars that bracket Virgo. In Washington D.C. there are 22 full zodiacs secreted into the architecture, most of them highlighting Virgo. This is the highest concentration of zodiacal art/symbology in the world, compared with only 4 in London for example. READ MORE

Tags
Anthony FauciFreemasonryIlluminatiMasonssign of the master of the second veilWashington DC