If George Zimmerman is not arrested in the shooting death of Trayvon Martin soon, the Rev. Al Sharpton will call for an escalation in peaceful civil disobedience and economic... 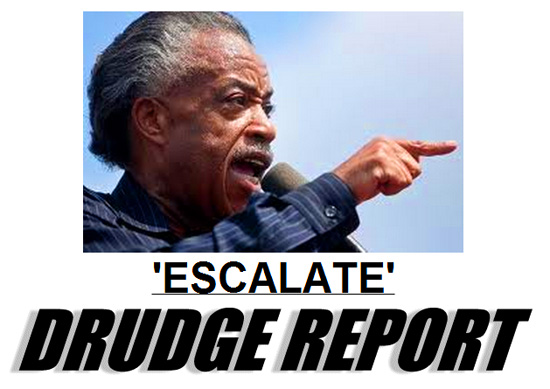 Finding and exploiting racial tension is as natural to Al Sharpton as chasing an ambulance is to a lawyer.
by Geoffrey Grider March 31, 2012
NOW THE END BEGINS SHARE:

If George Zimmerman is not arrested in the shooting death of Trayvon Martin soon, the Rev. Al Sharpton will call for an escalation in peaceful civil disobedience and economic sanctions.

Finding and exploiting racial tension is as natural to Al Sharpton as chasing an ambulance is to a lawyer, and equally as profitable.

Sharpton would not say the efforts would be taken against the city of Sanford specifically, but he has been critical of the police department’s handling of the case.

Saturday’s scheduled 11 a.m. march from Crooms Academy of Information Technology to the Sanford Police Department headquarters was organized by National Association for the Advancement of Colored People. Coordinators said people will be bused in from other states to participate.

The civil rights activist and syndicated television show host said he will elaborate on this plan Saturday.

“I will speak about how the National Action Network will move to the next level if Zimmerman isn’t arrested,” Sharpton said, who founded the organization. He added that it was the Martin family and lawyers who first asked him to get involved and nationalize this story.

The Rev. Jesse Jackson is also expected to participate in the event.

The case has ignited ire and debate across the nation, galvanizing thousands of Trayvon supporters to the streets and social media, donning hoodies and toting Skittles.

Sanford police this week released a video of a handcuffed George Zimmerman apparently showing no visible signs of physical injury after he claimed that he shot the 17-year-old Miami teenager in self-defense.

Zimmerman’s family have come to his defense on national news networks, releasing details about his version of what happened the night of Feb. 26 when police found the teen face down in wet grass.

Sharpton said the recent revelations only underscores the need for an immediate arrest and trial.

“Whether he [Zimmerman] had a swollen or broken nose, neither one means he had to take a 9mm and kill someone,” he said. “It’s not about saying Zimmerman is innocent or guilty, this is about whether there was probable cause to arrest him.”

He criticized the way authorities have released information about the case and said they are setting a harmful precedent, he said.

Sanford city officials announced several road closures in anticipation of the march including 13th street, from U.S. Highway 17-92 to Lake Avenue; as well as, Persimmon Street from McCracken Road to 13th. The demonstration is expected to end at 2 p.m., organizers said. source – Orlando Sentinel