A leaked copy of the world’s most authoritative climate study reveals scientific forecasts of imminent doom were drastically wrong.... 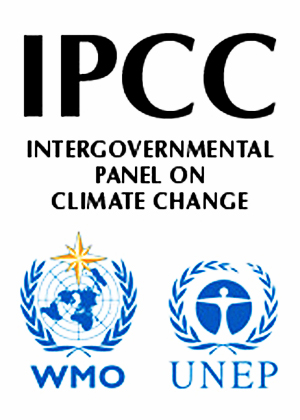 So the question is, I suppose, will huckster con artists like Al Gore give back the millions he’s made on the “green revolution” or at the very least issue an apology and admission of error?

From Daily Mail UK: A leaked copy of the world’s most authoritative climate study reveals scientific forecasts of imminent doom were drastically wrong.

The Mail on Sunday has obtained the final draft of a report to be published later this month by the UN Intergovernmental Panel on Climate Change (IPCC), the ultimate watchdog whose massive, six-yearly ‘assessments’ are accepted by environmentalists, politicians and experts as the gospel of climate science.

They are cited worldwide to justify swingeing fossil fuel taxes and subsidies for ‘renewable’ energy.

Yet the leaked report makes the extraordinary concession that the world has been warming at only just over half the rate claimed by the IPCC in its last assessment,  published in 2007.

Back then, it said that the planet was warming at a rate of 0.2C every decade – a figure it claimed was in line with the forecasts made by computer climate models.

But the new report says the true figure since 1951 has been only 0.12C per decade – a rate far below even the lowest computer prediction.

The 31-page ‘summary for policymakers’ is based on a more technical 2,000-page analysis which will be issued at the same time. It also surprisingly reveals: IPCC scientists accept their forecast computers may have exaggerated the effect of increased carbon emissions on world temperatures  – and not taken enough notice of natural variability.

They recognise the global warming ‘pause’ first reported by The Mail on Sunday last year is real – and concede that their computer models did not predict it. But they cannot explain why world average temperatures have not shown any statistically significant increase since 1997.

They admit large parts of the world were as warm as they are now for decades at a time between 950 and 1250 AD – centuries before the Industrial Revolution, and when the population and CO2 levels were both much lower.

The IPCC admits that while computer models forecast a decline in Antarctic sea ice, it has actually grown to a new record high. Again, the IPCC cannot say why.

A forecast in the 2007 report that hurricanes would become more intense has simply been dropped, without mention.

This year has been one of the quietest hurricane seasons in history and the US is currently enjoying its longest-ever period – almost eight years – without a single hurricane of Category 3 or above making landfall.

One of the report’s own authors, Professor Myles Allen, the director of Oxford University’s Climate Research Network, last night said this should be the last IPCC assessment – accusing its cumbersome production process of ‘misrepresenting how science works’ Read the rest of the story on Daily Mail UK…
.