Will Obama Recognize Palestine As Punishment For Netanyahu Reelection Victory?

The Obama administration signaled on Wednesday it could take a tougher stance toward Benjamin Netanyahu following his decisive Israeli election victory and campaign tack to the right, saying there... 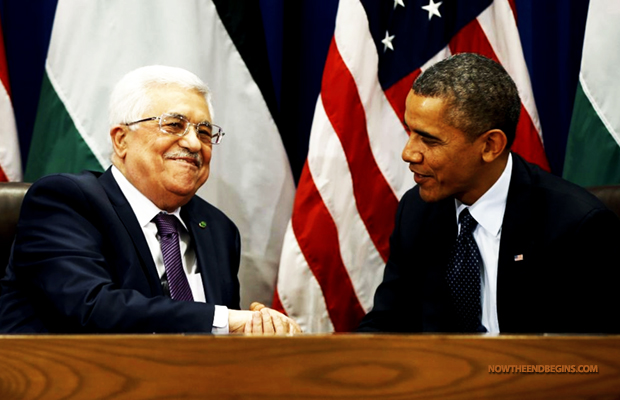 Does Obama hate Benjamin Netanyahu enough to take the biggest gamble of his presidency and declare Palestine as a nation to spite him?

Despite a very diligent effort to marginalize Netanyahu and disrupt his reelection campaign, US President Barack Hussein Obama was unsuccessful in deposing the Israeli Prime Minister. But as president of the most powerful nation on the face of the earth, Obama has a few more tricks up his sleeve. One of them is quite nasty indeed.

Will Obama recognize Palestine as revenge against Netanyahu?

The AP reports today that the Obama administration signaled on Wednesday it could take a tougher stance toward Benjamin Netanyahu following his decisive Israeli election victory and campaign tack to the right, saying there will be consequences for his sudden reversal on the idea of an independent Palestinian state.

While senior American officials said the administration was still evaluating options, they suggested the U.S. could ease its staunch opposition to Palestinians turning to the UN Security Council to create a state.

“There are policy ramifications for what he said,” one official said of Netanyahu’s campaign rhetoric rejecting the creation of a Palestinian state. “This is a position of record.”

The regathered nation of Israel was officially recognized on May 14, 1948 by US President Harry S. Truman, and immediately other nations reluctantly followed his lead. All it would take would be the stroke of Obama’s treasonous pen to gathered the supported needed at the United Nations to recognize the mythical land of Palestine as a nation in 2015.

Does Obama hate Benjamin Netanyahu enough to take the biggest gamble of his presidency and declare Palestine as a nation to spite him? I think you already know the answer to that question.

The plans are already in the works.