On May 28, 1937, the government of Germany–then under the control of Adolf Hitler of the National Socialist (Nazi) Party–formed a new state-owned automobile company, then known as Gesellschaft... 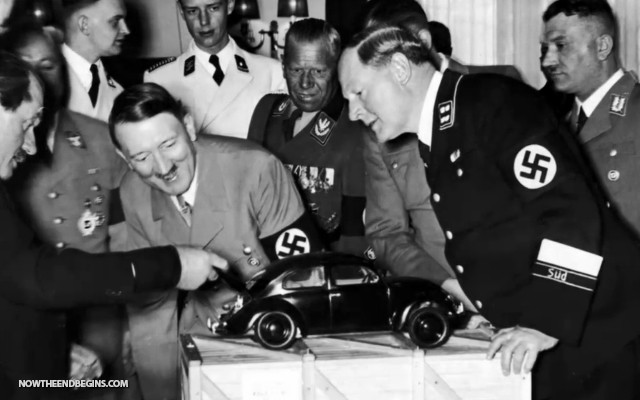 No one knows how far the fallout of Volkswagen’s diesel scandal may spread. Not the regulators. Not the class-action attorneys. Not the ranks of executives in Wolfsburg, Germany, frantically shifting into damage control mode.

It’s an unwelcome testament to Volkswagen’s success. Since almost being bombed out of existence in the Second World War, the company has grown remarkably. Today, its 600,000 employees make roughly one out of every nine vehicles in the world. The diesel engine, which Volkswagen introduced in the 1970s, has been a big part of that trajectory. Acquisitions have been critical, too, as the company has nimbly snapped up disparate brands and used massive scale to share suppliers, components, and employees. Now, though, as Volkswagen’s diesel scandal spreads like fire on a fuel spill, all of that sharing could be more of a liability than an asset.

On May 28, 1937, the government of Germany–then under the control of Adolf Hitler of the National Socialist (Nazi) Party–formed a new state-owned automobile company, then known as Gesellschaft zur Vorbereitung des Deutschen Volkswagens mbH. Later that year, it was renamed simply Volkswagenwerk, or “The People’s Car Company.”

Originally operated by the German Labor Front, a Nazi organization, Volkswagen was headquartered in Wolfsburg, Germany. In addition to his ambitious campaign to build a network of autobahns and limited access highways across Germany, Hitler’s pet project was the development and mass production of an affordable yet still speedy vehicle that could sell for less than 1,000 Reich marks (about $140 at the time). To provide the design for this “people’s car,” Hitler called in the Austrian automotive engineer Ferdinand Porsche.

In 1938, at a Nazi rally, the Fuhrer declared: “It is for the broad masses that this car has been built. Its purpose is to answer their transportation needs, and it is intended to give them joy.” However, soon after the KdF (Kraft-durch-Freude)-Wagen (“Strength-Through-Joy” car) was displayed for the first time at the Berlin Motor Show in 1939, World War II began, and Volkswagen halted production. After the war ended, with the factory in ruins, the Allies would make Volkswagen the focus of their attempts to resuscitate the German auto industry.

Volkswagen sales in the United States were initially slower than in other parts of the world, due to the car’s historic Nazi connections as well as its small size and unusual rounded shape. In 1959, the advertising agency Doyle Dane Bernbach launched a landmark campaign, dubbing the car the “Beetle” and spinning its diminutive size as a distinct advantage to consumers. Over the next several years, VW became the top-selling auto import in the United States. In 1960, the German government sold 60 percent of Volkswagen’s stock to the public, effectively denationalizing it. Twelve years later, the Beetle surpassed the longstanding worldwide production record of 15 million vehicles, set by Ford Motor Company’s legendary Model T between 1908 and 1927.

With the Beetle’s design relatively unchanged since 1935, sales grew sluggish in the early 1970s. VW bounced back with the introduction of sportier models such as the Rabbit and later, the Golf. In 1998, the company began selling the highly touted “New Beetle” while still continuing production of its predecessor. After nearly 70 years and more than 21 million units produced, the last original Beetle rolled off the line in Puebla, Mexico, on July 30, 2003.