WikiLeaks has released documents to The Daily Telegraph that disclose a show of military strength by both the United States and China using space missiles to target satellites. China... 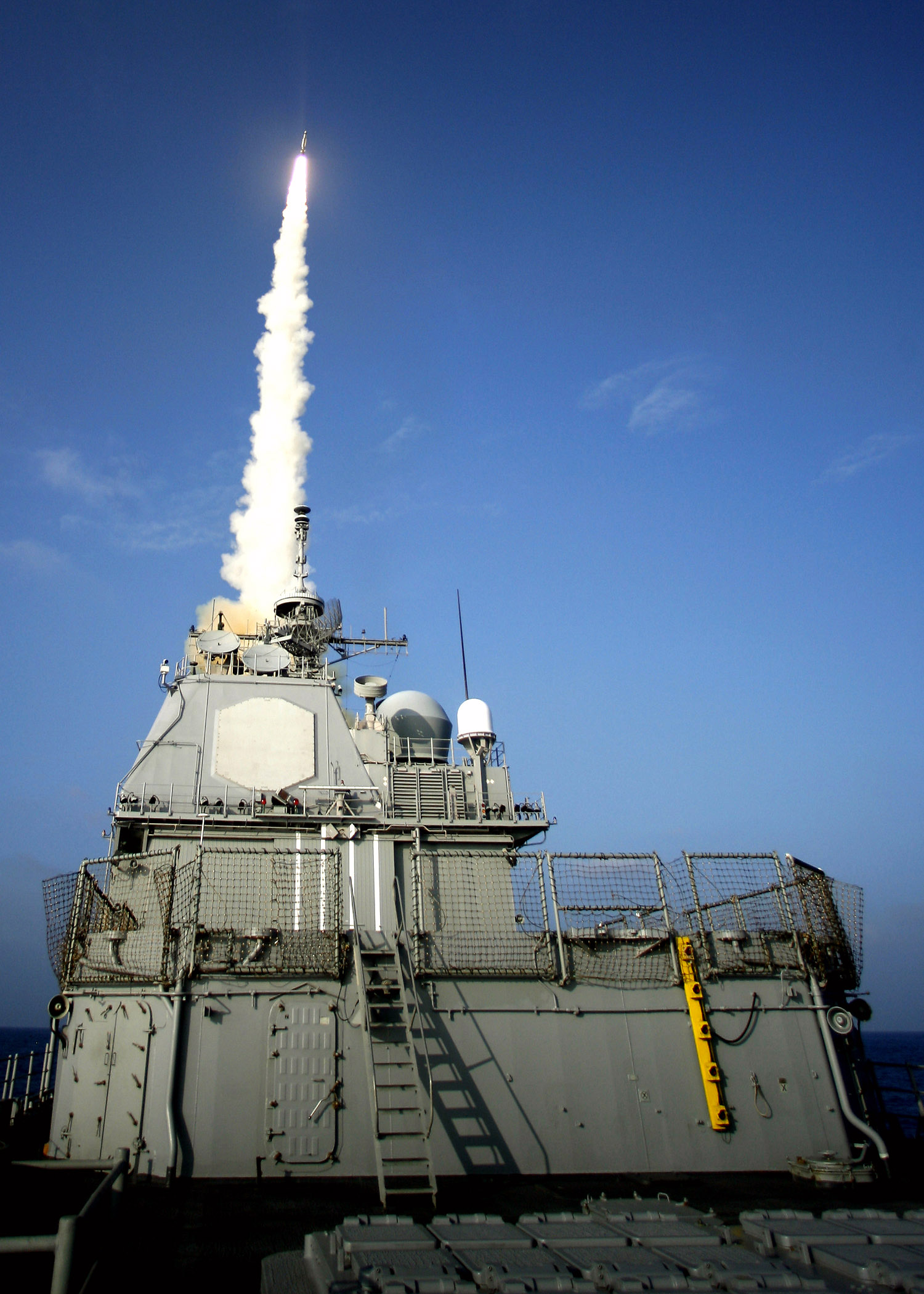 The USS Lake Erie launches a Standard Missile-3 at a non-functioning National Reconnaissance Office satellite as it traveled in space at more than 17,000 mph over the Pacific Ocean on Feb. 20, 2008. (Defense Dept. photo by U.S. Navy)
by Geoffrey Grider February 2, 2011
NOW THE END BEGINS SHARE:

WikiLeaks has released documents to The Daily Telegraph that disclose a show of military strength by both the United States and China using space missiles to target satellites. China shocked the U.S. in January of 2007 when it took out one of its own weather satellites that was orbiting 530 miles above the Earth, and the U.S. responded.

“The American Government was so incensed by Chinese actions in space that it privately warned Beijing it would face military action if it did not desist.”

Officials working for then Secretary of State Condoleeza Rice offered a stern warning to the Communist nation for making such a threatening move saying,  “A Chinese attack on a satellite using a weapon launched by a ballistic missile threatens to destroy space systems that the United States and other nations use for commerce and national security. Destroying satellites endangers people.”

The warning continued: “Any purposeful interference with US space systems will be interpreted by the United States as an infringement of its rights and considered an escalation in a crisis or conflict. “The United States reserves the right, consistent with the UN Charter and international law, to defend and protect its space systems with a wide range of options, from diplomatic to military.”

Beijing justified its actions by accusing the Americans of developing an “offensive” laser weapon system that would have the capability of destroying missiles before they left enemy territory.”

Click here for the full story from The Daily Telegraph.

The USS Lake Erie launches a Standard Missile-3 at a non-functioning National Reconnaissance Office satellite as it traveled in space at more than 17,000 mph over the Pacific Ocean on Feb. 20, 2008. (Defense Dept. photo by U.S. Navy)

A year after China shot down its weather satellite a conveniently malfunctioning fuel tank on a U.S. satellite provided the perfect opportunity for the U.S. military to conduct a test of their own, which had not been done since 1985. The reason cited was that the faulty fuel tank would create an environmental hazard upon returning to Earth.

American Forces press service reported on the success of the missile fired to take out  the U.S. satellite’s fuel tank:

“The intercept occurred. … We’re very confident that we hit the satellite,” Cartwright said. “We also have a high degree of confidence that we got the tank.”

Months following the U.S. test, the two nations engaged in tense talks over the matter, without significant resolve. The U.S. asserted that China is not considered to be an enemy, while China stated that it sees the two nations as “neither allies nor adversaries.” Deep concern remains over the ballistic missile programs, and no doubt the U.S. and China are watching one another very closely. China is said to have conducted further tests as recently as last year, but the U.S. has kept the new developments quiet.