Why Don’t We Hear About Soros’ Ties to Over 30 Major News Organizations?

When liberal investor George Soros gave $1.8 million to National Public Radio , it became part of the firestorm of controversy that jeopardized NPR’s federal funding. But that gift... 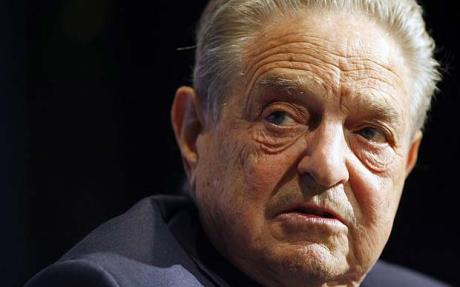 How deep the rabbit hole goes

When liberal investor George Soros gave $1.8 million to National Public Radio , it became part of the firestorm of controversy that jeopardized NPR’s federal funding. But that gift only hints at the widespread influence the controversial billionaire has on the mainstream media. Soros, who spent $27 million trying to defeat President Bush in 2004, has ties to more than 30 mainstream news outlets – including The New York Times, Washington Post, the Associated Press, NBC and ABC.

This information is part of an upcoming report by the Media Research Centers Business & Media Institute which has been looking into George Soros and his influence on the media.

The investigative reporting start-up ProPublica is a prime example. ProPublica, which recently won its second Pulitzer Prize, initially was given millions of dollars from the Sandler Foundation to “strengthen the progressive infrastructure” – “progressive” being the code word for very liberal. In 2010, it also received a two-year contribution of $125,000 each year from the Open Society Foundations. In case you wonder where that money comes from, the OSF website is http://www.soros.org/. It is a network of more than 30 international foundations, mostly funded by Soros, who has contributed more than $8 billion to those efforts.

The ProPublica stories are thoroughly researched by top-notch staffers who used to work at some of the biggest news outlets in the nation. But the topics are almost laughably left-wing. The site’s proud list of  “Our Investigations” includes attacks on oil companies, gas companies, the health care industry, for-profit schools and more. More than 100 stories on the latest lefty cause: opposition to drilling for natural gas by hydraulic fracking. Another 100 on the evils of the foreclosure industry.

Throw in a couple investigations making the military look bad and another about prisoners at Guantanamo Bay and you have almost the perfect journalism fantasy – a huge budget, lots of major media partners and a liberal agenda unconstrained by advertising.

One more thing: a 14-person Journalism Advisory Board, stacked with CNN’s David Gergen and representatives from top newspapers, a former publisher of The Wall Street Journal and the editor-in-chief of Simon & Schuster. Several are working journalists, including:

• Jill Abramson, a managing editor of The New York Times;

• Cynthia A. Tucker, the editor of the editorial page of The Atlanta Journal-Constitution.

ProPublica is far from the only Soros-funded organization that is stacked with members of the supposedly neutral press.