WHITEOUT! Only Florida Remains As The Last Of The 50 States Without Any Snow

Snow is on the ground in 49 out of the 50 states — only the Sunshine State of Florida is completely snow-free, according to a map produced Thursday morning... 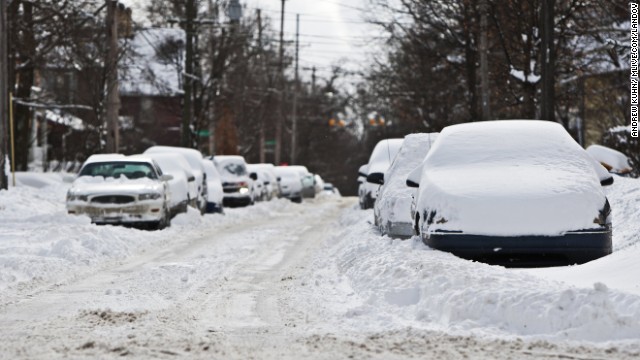 Snow is on the ground in 49 out of the 50 states — only the Sunshine State of Florida is completely snow-free, according to a map produced Thursday morning by the National Oceanic and Atmospheric Administration.

There is snow in Hawaii, where webcams are showing snow on the high peaks of the mountain volcanoes of Mauna Loa and Mauna Kea.

The map also doesn’t include Alaska, but it’s a given that most of that state is snow-covered this time of year. A quick check with the National Weather Service forecast office in Fairbanks found 19 inches of snow on the ground there. 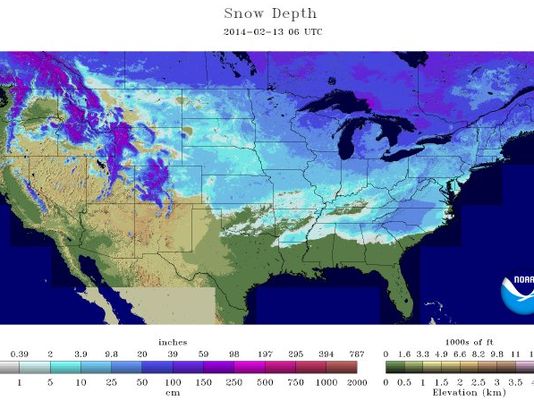 There doesn’t appear to be much snow on the ground in Texas or Louisiana, and with the forecast of mild temperatures, it doesn’t figure to last much longer there, if it even makes it through the day Thursday. The map shows how sparse the snow is in parts of the West, as only small parts of Nevada, Arizona and New Mexico are showing snow because of the ongoing drought and warmth.

How dry and warm has it been in the Southwest so far this winter? January 2014 was the driest January ever recorded in New Mexico, while Arizona had its second-driest January on record, according to data released Thursday by the National Climatic Data Center.

As for warmth, both Arizona and New Mexico, along with California, had a top-10 warm January. source – USA Today