Near the end of the debate Thursday night, Fox News anchor Megyn Kelly asked conservative Republican Sen. Ted Cruz if he’d had “any word from God.”... 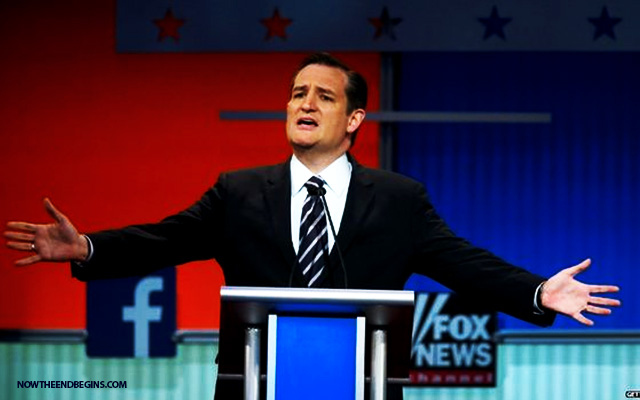 Near the end of the debate Thursday night, Fox News anchor Megyn Kelly asked conservative Republican Sen. Ted Cruz if he’d had “any word from God.”

Of the hundreds of questions that could have been asked, Kelly chose “an interesting closing question” for the candidates, suggested by a Facebook user, who said, ‘I want to know if any of them have received a word from God on what they should do and take care of first.’

“Senator Cruz, start from you. Any word from God?” Kelly asked.

“I’m the son of a pastor and evangelist, and I’ve described many times how my father, when I was a child, was an alcoholic. He was not a Christian. And my father left my mother and left me when I was just three years old.

“And someone invited him to Clay Road Baptist Church. And he gave his heart to Jesus, and it turned him around. And he got on a plane and he flew back to my mother and me.

He added that he has “been proud to fight and stand for religious liberty, to stand against Planned Parenthood, to defend life for my entire career.” source