A Tale of Two Speeches: A ‘tale of two speeches’ as described by Rachel Maddow. She went on to explain  how President Obama said he would “Construct a legal... 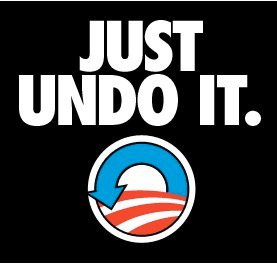 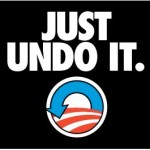 A Tale of Two Speeches:

A ‘tale of two speeches’ as described by Rachel Maddow. She went on to explain  how President Obama said he would “Construct a legal regime outside the military courts, and the legal system from scratch to ensure our efforts are consistent with our values and our constitution.” What? Doesn’t that sound like the very thing the liberals accused President Bush of doing? The one thing I am happy to see is that Rachel Maddow is on board with the Constitution. She is one of the few who is calling it like it is. The Rule of Law and the Constitution is being usurped here by this president who so often has spoken against the previous administration for what has been perceived to have been the same thing. I ask you which speech do you believe? Is he the president who will observe the rule of law in this case the Constitution (since he blamed Bush for NOT observing the rule of law) or is he the president who will ‘construct his own regime (his word) for prolonged detentions?

When the delegates of the states gathered in Philadelphia in the summer of 1787 and wrote the Constitution, they distributed the powers of the federal government among two Houses of Congress, a President, and a judiciary, and required in many cases that two of them work together to exercise a particular constitutional power. That separation of powers protects the liberties of the American people by preventing any one officer of the government from aggregating too much power. (from the Heritage Foundation) The bill reduces the number of presidential appointments that require the consent of the Senate and establishes within the executive branch a Working Group on Streamlining Paperwork for Executive Nominations. Individuals nominated to senior executive offices suffer slow and detailed background investigations and mounds of duplicative paperwork before a President sends their nominations to the Senate. After nomination, many nominees suffer time-consuming inaction or time-consuming and excruciating action as the Senate proceeds (or does not) with consideration of the nomination. The sponsors of S. 679 have identified a valid problem, but proposed the wrong solution. Congress should not enact S. 679.

To Czar or not to Czar that is the Question

The Framers of the Constitution did not give the President the kingly power to appoint senior officers, instead it was up to the senate to accept or reject such appointments. That is what the nominating process is all about., however president after president has totally ignored this when it comes to appointing Czars. To be fair to President Obama; he is not the first president to appoint a Czar; which by the way is unconstitutional. (click here for a list of Czars by all U.S. presidents) however President Obama has appointed the most controversial Czars. Czars are not accountable to the people, or the senate. They are accountable only to the president. All you have to do is google the following just to name a few and see what you find. I have made it easy for you. Just click on the names and read for yourselves why they are considered controversial Czar Van Jones or Donald Berwick how about  Monsanto’s Wolff just to name a few but please do your own research. It seems this president is not worried about usurping the rights of the U.S Constitution given to him by yes…you guessed it the U.S Constitution. That’s why when we read President Obama is ready to sign into law a bill giving him superior and ultimate law over our citizenry to indefinite prolonged detention; I have to stand up and take notice.

What Can You Do?

It seems this president is slowly inching towards a dictatorship rule. He is taking more and more power with the media once again playing the role of willing accomplice. It is up to you the citizens of this great country to become informed, and DO SOMETHING. Call you senate. Call your representatives in Congress. Twitter this article, share on facebook. Get people to stand up and take notice and become VOCAL while you still can. It is your duty, your American privilege and your right. Do it now.

You can find Rosie On the Right blog at www.rosieontheright.com